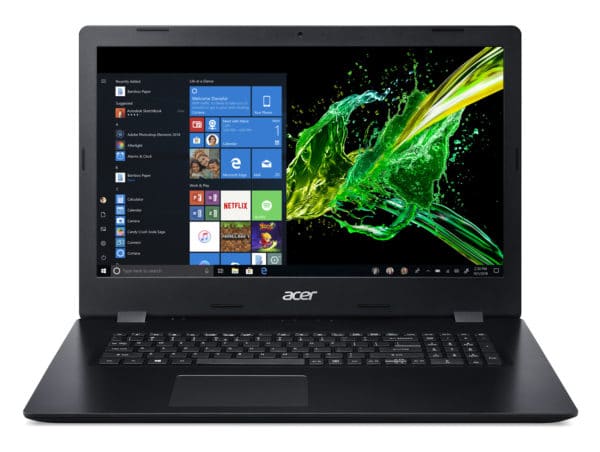 Sober and versatile, the new Acer Aspire 3 A317-51G-56CC laptop with 17 inch screen offers a large storage capacity with fast SSD which improves responsiveness, but also an optical unit for reading and burning CD / DVDs. As it has an NVIDIA graphics card, it is able to run low-power games and is efficient in current use thanks to its Quad Core i5 Comet Lake processor and its good amount of RAM. However, it ignores Full HD, a keyboard backlight system and a USB 3.1 Type-C port. 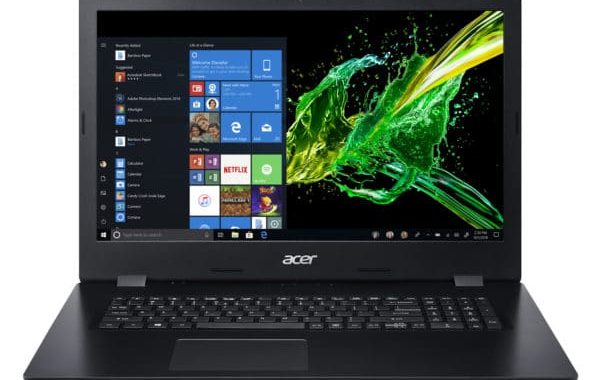 The Acer Aspire 3 A317-51G-56CC is currently offered by Fnac and meets very few competitors in its category where it is one of the only ones to offer such a high storage capacity and such high performance graphics services.

The integrated connection to this PC is correct except that the USB 3.1 Type-C shines by its absence, which will disappoint some.
Are part of a practical HDMI video output to easily connect this PC to a TV or a monitor for example, Bluetooth 4.2 and Wi-Fi ac modules to communicate and connect remotely wirelessly, Ethernet and audio ports as well than 3 USB all compatible with both USB 2.0 and USB 3.0, USB 3.0 ensuring transfers up to 10 times faster than USB 2.0 if you plug in a USB 3.0 device.

It is a pity that the keyboard cannot be backlit.
But some will appreciate finding an integrated optical unit on the right side, because it allows you to read and burn CDs and DVDs, a feature that has been rarer in recent years due to the modes of dematerialization and finesse. 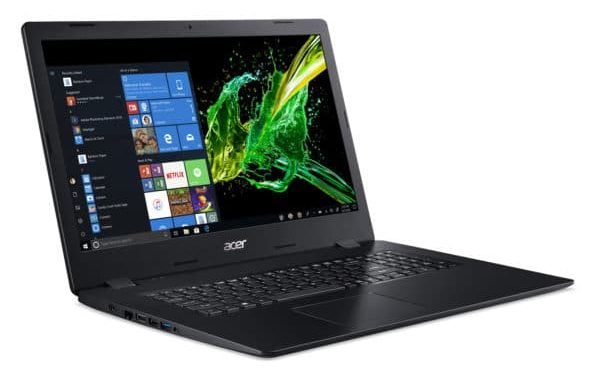 The screen adopts specifications that could not be more classic with its definition of 1600×900, its brilliant treatment sensitive to reflections in bright environment (ex: outside) but which gives punch to the colors as well as its 16 / 9th format lending itself well to playing videos.

The Acer Aspire 3 A317-51G-56CC is a 17-inch laptop designed for everyday versatile use and with a large storage space.

It is actually higher than average with a total of 1.2 TB higher than what much more expensive laptops can offer.

Thanks to the SSD provided to accommodate the system as well as the main software with its 256 GB, we benefit from a much better fluidity and reactivity on a daily basis than if we ended up with a simple hard drive. Thanks to the SSD, we get much faster start / stop and launch of applications, and we can get faster on the cards of the games in league.

The SSD comes with a hard drive with a consequent capacity of 1000 GB practical to house and install as a bonus multiple files and software.

Thanks to its good amount of 8 GB RAM and its low-consumption Comet Lake processor Quad Core i5-10210U, this laptop delivers good general performance able to suit many users.

However, you have to be aware of the fact that to regularly carry out work requiring demanding processor resources, it is better to turn to a PC with a non-low power processor.

Whether with the Intel UHD 620 graphics solution integrated into Comet Lake or the dedicated GeForce MX230 card, you can obviously watch photos and videos on this PC equipped with NVIDIA Optimus technology. 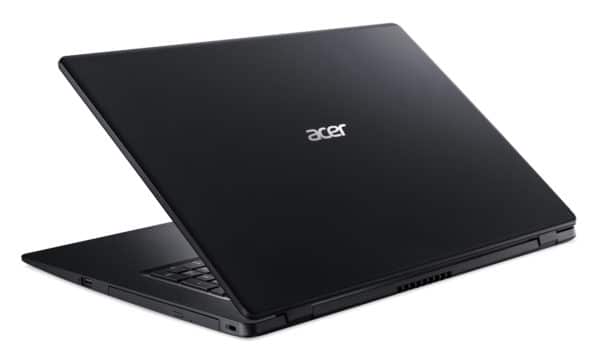 Optimus automatically switches in practice in real time between the Intel UHD 620 and the GeForce MX230, depending on the tasks performed. The Intel UHD 620 is favored as much as possible by Optimus despite its modest benefits because it consumes little energy which promotes autonomy compared to the GeForce MX230.
In terms of battery life precisely, count on approximately 5 hours of operation far from a socket in light use.

Coming back to the GeForce MX230, which is more efficient and greedy than the Intel UHD 620, this laptop is capable of handling games that consume little graphics resources.

Also keep in mind that due to its weight and 17 inch format, this computer is comfortable for mainly sedentary use (ex: at home).