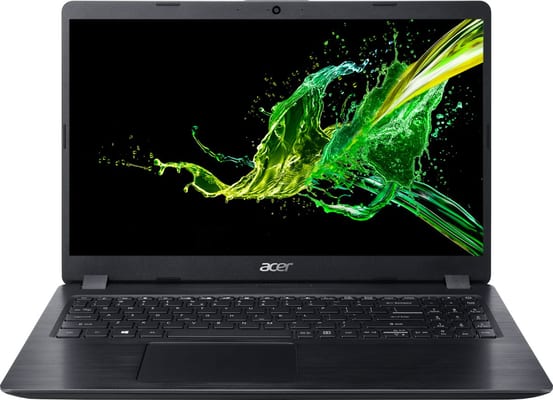 Let’s start the week with the test of the Acer Aspire 5 A515-52G equipped with the GeForce MX250. This 15-inch ultrabook is equipped with a convincing IPS screen, a perennial storage and a backlit keyboard but the display is too dark and the gain between MX250 and MX150 is anecdotal. 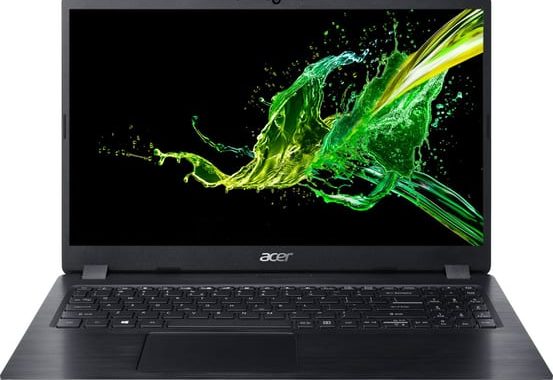 Here are the technical Specs of Acer Aspire 5 A515-52G

Because of their similarities, comments about the chassis, connectors and input devices are taken from the test of the previous Acer Aspire 5 A515-52G (MX150) performed by the tester some time ago.

If the format of the Acer Aspire 5 has been completely overhauled compared to an A515-51, the design does not change. We’re still dealing with a black case made of mostly plastic with a touch of brushed metal on the back of the cover – not around the keyboard as it was on the A515-51G. More compact, slimmer and lighter than its predecessor, the Aspire 5 A515-52G gets fine screen edges on the sides. If the assembly does not reveal any irregularity, the stability of the frame is not ideal since the base obviously bends under the pressure of each side of the keyboard, unlike the lid which resists well. For the hinges, they hold the screen firmly in place and provide an opening angle of up to 180 degrees. It is possible to open the screen of

The interfaces have not changed from one generation to another, only their location has changed slightly. The right side receives two USB 2.0 ports and the headphone jack while the left edge accommodates the HDMI output, the Ethernet port, a lock, an SD card reader (fast), a USB 3.1 port as well as a USB 3.1 Type port -C that does not support DisplayPort video output or load.

While the Aspire A515-51G had two maintenance hatches, the A515-52G requires the complete removal of the bottom plate from the base to access the components. It’s quite easy to achieve, though. Once all screws are removed, the cover is lifted with a flat tool without forcing and opens on the RAM slots, the SSD, the fan, the battery and the Wi-Fi module. 2.5 inch slot is free but not wired on this model.

The backlight (a shade) is appearing on this new model. The typing experience is decent with short stroke keys and distinct feedback. The surface under the keyboard flexes slightly under an energetic strike but it is not really disabling everyday. The touchpad is large enough to perform multi-touch gestures and the surface is comfortable with sensitivity even in the corners. The built-in mouse buttons are accurate.

The Acer Aspire A515-52G is equipped with the same full HD IPS screen (1920 x 1080 px) as that analyzed on the previous Aspire 5 with its stable viewing angles. Unsurprisingly, the measurements differ slightly with a brightness of 271 cd / m² still insufficient and a good contrast ratio (1069: 1). The color is average with 58% of the sRGB space covered and a Delta E close to 4 and the screen exploits the dynamic brightness (PWM) at a low enough frequency, which can cause eye discomfort in the most sensitive people to this phenomenon.

Built around a latest-generation low power i7-8565U Quad Core, 16 GB of RAM and 512 GB NVMe SSD storage and a 1 TB hard drive, the model tested is well-equipped for confront a large multimedia use. The exploitation of its Turbo mode is not ideal but still allows to work on quite greedy tasks like video editing, a little creation. Especially since the dual channel and storage are there in number to ensure a perennial system. The tester is not convinced by the gain brought by the version with Quad Core i7 compared to that with Quad Core i5 which gives about the same results in the benchs. To make some savings and opt for the version with Core i5 so.

For the graphics part, this Aspire 5 hosts the GeForce MX250, a graphics card based on Pascal architecture that succeeds the GeForce MX150. Overall, the gain is not remarkable. Most recent games reach a level of comfortable FPS HD definition (1366 x 768 px) with details Medium and the game in Full HD is limited to titles a little older and / or less greedy. Overall, the move from an MX150 to an MX250 should earn you some FPS but nothing more.

The Aspire A515-52G is never too noisy, even when heavily used. Overall, there is silence in light and common use – except when accessing the 2.5-inch hard drive – and the noise level does not exceed 41.7 dB at full strength. When it comes to heat, the components heat up when they are used together, but the surfaces do not feel it until they become unpleasant.

The battery is the same between the two models but the autonomy varies significantly. While the version with MX150 was about 7:30 Internet browsing via Wifi, the model tested here goes out just before 7 hours.