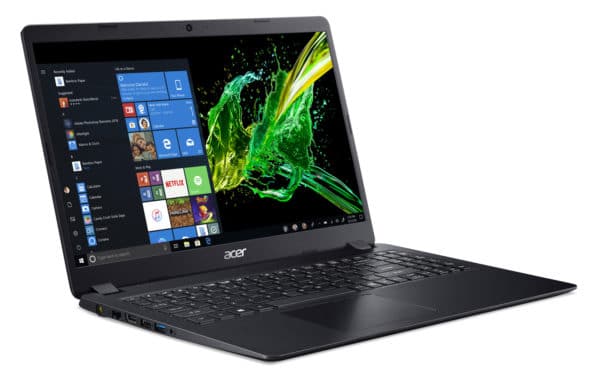 Do you want to store in bulk and at full speed on a 15 inch rather thin and light? The large capacity SSD (1 TB) offered inside this Acer Aspire 5 A515-43-R22T is the ideal solution for this. Especially since this laptop has other advantages such as its Quad Core Ryzen 5 processor and its good total of RAM (8 GB) to surf safely. The Full HD mat screen is a good omen with its refined borders, as is the keyboard with numeric keypad but the connections are not very varied, to say the least. 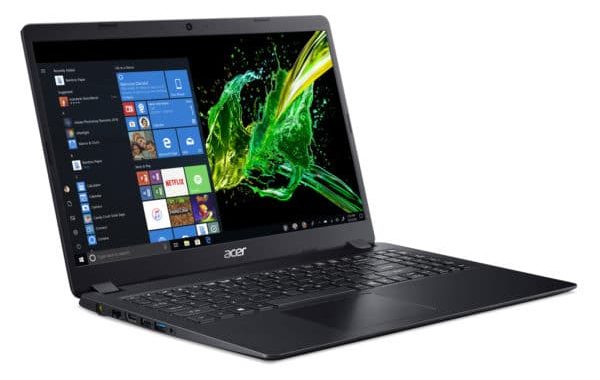 Like most manufacturers in this segment (see Asus and its Vivobook S15), Acer has sought to compact its Aspire 5 to open it up to the nomadic world. It scrapes millimeters on all posts with 18 mm thickness and a less bulky format (363 x 247 mm) which allows it to enter the closed circle of ultrabooks. Its weight is optimized around 1.8 kg . It is not the lightest in the segment but it is still better than the 2.2 kg of the previous Aspire 5.

The design hardly changes except that Acer says it has used more aluminum to shape the chassis. Suddenly, it gains robustness during transport and over time.

It does not seem that the keyboard is backlit on this model precisely.

In the center of this Acer Aspire A515-43-R22T also shines a beautiful Full HD mat screen with 7.82 mm side edges . The Full HD definition (1920 x 1080 px) offers an extended display space allowing you to fully enjoy the High Definition content (video, game) while the Confyview matte panel will prevent ambient light from being reflected on the screen. On the other hand, the screen is probably based on a TN panel whose approach angles are reduced and the colorimetry

The sides are equipped with a basic connection with three USB ports which always have two USB 2.0, one USB 3.1 but no USB Type-C. There is also an HDMI output and a Gigabit Ethernet port while the wireless modules are recent (Wifi AC, Bluetooth 4.2). Note that the card reader has also disappeared. 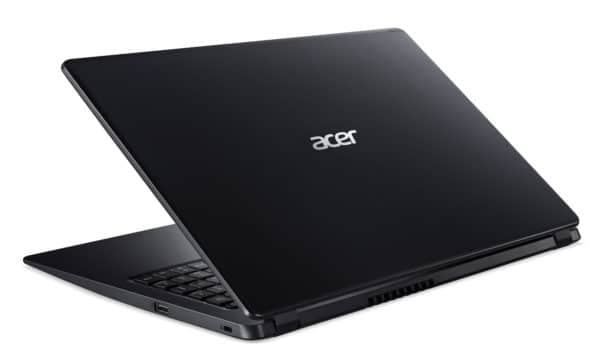 Storage is the first question about this Aspire since it is entrusted to a fast dedicated 1 TB SSD (NVMe PCIe). Indeed, such a storage capacity on a dedicated SSD is still rare at prices around 500/600 €. The system benefits directly compared to a configuration with mechanical hard drive because of the speed of loading offered by the SSD. This type of storage ensures almost instantaneous on and off phases, transfers calculated in seconds or instant software launches where the mechanical support involved significant latencies. Note also that the SSD is inherently quieter, robust and efficient than a hard drive. And if it is often tackled for its storage capacity that is too low, it is not the case here since it provides 1 TB, enough to allow the installation of heavy programs and the storage of your entire toy library.

Let\’s continue with the component that will give all its power to the PC, the AMD Quad Core Ryzen 5 3500U low consumption processor . Quite close to an Intel Quad Core i5-8265U in terms of results, it is notably capable of taking care of common tasks and you can even tackle missions such as photo editing, video editing and light computation without shaking too much. Especially since the APU is supported by 8 GB of RAM , a total adequate to navigate smoothly in multitasking.

The AMD Radeon Vega 8 chipset integrated into the processor will take care of the graphics rendering, that is to say that it is high on the Intel UHD 620 chip in Whiskey Lake GPUs. While the latter is similar to a GeForce MX110 in terms of performance, the Vega 8 will match a GeForce MX130 and allow some play in definition and average details.

We will end with a point on the autonomy which, although we lack information on the capacity of the battery, should not exceed 5 hours in current use. 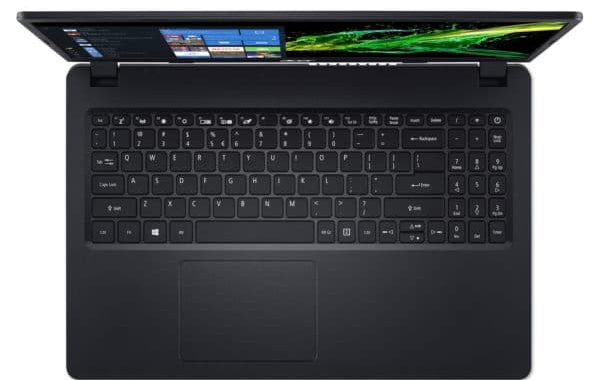