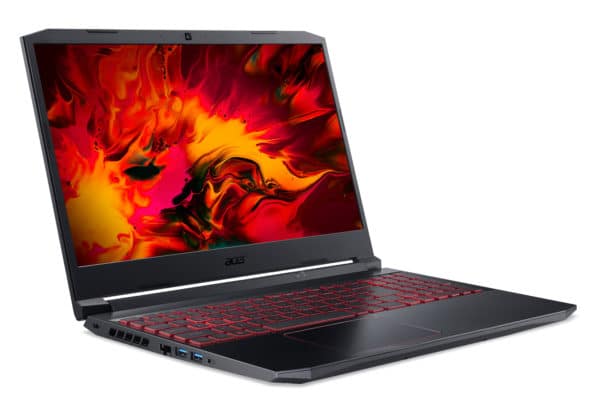 Designed to serve versatility under the lines of a gaming PC, the Acer Nitro AN515-44-R5B1 is a 15 inch laptop that leaves no one indifferent. It contains an AMD Ryzen 5 4600H Renoir Hexa Core processor, capable of propelling the TUF towards versatile spheres and destining it for creatives as well as players. These will find in the GeForce GTX 1650 and in the 144Hz screen quality support. These key components are assisted by a 512 GB SSD storage for the speed of the system and supplemented by amenities such as the backlit keyboard or easy access to the components but expect to see temperatures and noise increase in use current… 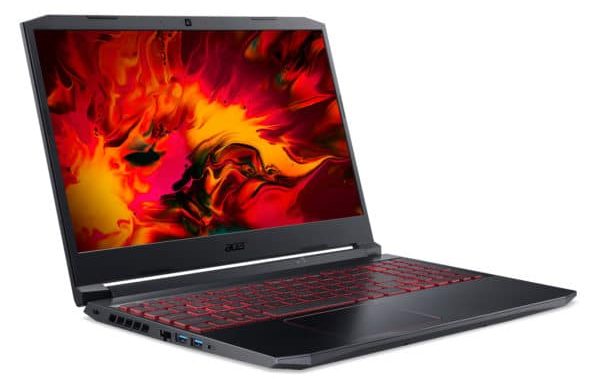 Acer installs its 2020 Nitro 5 in a chassis almost identical to its predecessor (AN515-43). The Nitro therefore retains its fairly massive gaming DNA with its characteristic red accents applied around the touchpad and at the hinge. Speaking of it, we observe that it has been slightly redesigned, probably due to the reshuffle by Acer of the cooling system of its Nitro 5. On the aesthetics itself, we remain on a black theme based on polycarbonate and metal in a softer and less “cheap” matte texture. The top on the back of the lid has also changed a bit to find a relief frame abandoned on the 2019 model. Overall, the Nitro 5 is relatively light for a 15.6-inch gaming laptop with 2.3 kg on the balance.

Note that the keyboard receives a red backlight on an area with the ZQSD keys, arrows and the Nitro key highlighted.

When the lid is opened, we discover a 15.6 inch screen which supports the gaming experience. And for good reason, it is placed on an IPS panel with a refresh rate of 144 Hz . Players will certainly appreciate the fluidity brought by this panel, as well as the creatives in their video production. Especially since the viewing angles are excellent thanks to the IPS panel which, we emphasize, is generally not noticed for its liveliness. The Full HD (1920 x 1080 px) is most suited to the players and allows to make the most of your HD content while the matte treatment prevents ambient light reflected on the screen, improving comfort game (especially in dark actions).

The connection has also changed slightly. Acer has finally replaced the USB 2.0 with the USB 3.2 port while still leaving the card reader aside. Thus, there are 3 USB 3.2 ports and a USB Type-C Gen2 port as well as an HDMI 2.0 output. In addition, the RJ45 port is always in the game, a good point, as well as the latest generation wireless modules Wifi 6 (802.11 AX) and Bluetooth 5.0. 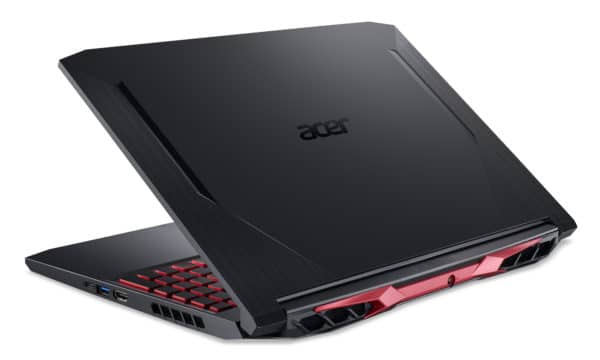 This Acer Nitro AN515-44-R5B1 is powered by an AMD Ryzen 5 4600H Hexa Core Renoir (2020). Its performance to speak of them since the processor delivers something to satisfy the most demanding of you with capacities similar to those of an Intel Core i7-10750H. In fact, tasks capable of exploiting the 6 cores like certain content creation, 3D modeling or video editing software will find good working support here. In support, the 8 GB of RAM ensures that it takes fluency in multitasking.

Inside there is also a Turing GeForce GTX 1650 graphics card . If it only supports Ray-Tracing in very small proportions unlike the last RTX Turing, it still provides a very honest gaming experience since it is easily measured for intensive players (but undemanding) and ensures honorable frequencies in Full HD on all titles on the market provided that Ultra details are avoided on the greediest of them. Support for creatives is also precious with its 4 GB VRAM GDDR6.

Storage is another strength in this portable PC since it is entrusted to a 512 GB NVMe PCIe SSD which will significantly reinforce the overall reactivity of the system on a daily basis. Overall quieter, more robust and energy efficient than a mechanical disk, it allows Windows to reach a remarkable level of fluidity with short loading times and execution without latencies. What is more, its capacity is not ridiculous and can accommodate a good part of your toy library even if some will not find it sufficient.

Finally, Acer has equipped the Nitro 5 AN515-44-R5B1 with a 58 Whr battery which allows it to offer a battery life of 7 to 8 hours in web browsing with active Wifi, a total advantage for a gaming PC. It should also be noted that the Nitro 5 retains approximately 80% of its battery performance. This reduction of 20% should not significantly affect the quality of play (but beware, the autonomy in play should not work miracles, either 1 to 2 hours). 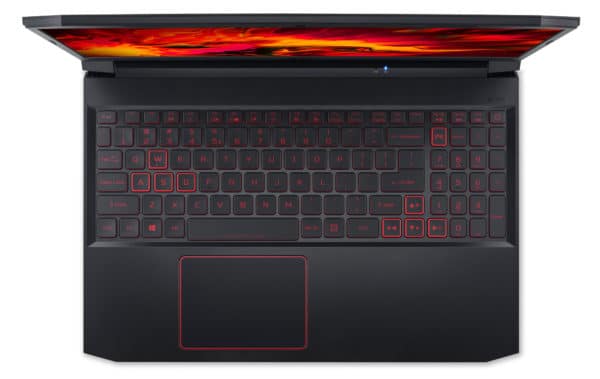