The Acer Spin 3 SP313-51N and Acer Spin 5 SP513-55N are new 2-in-1 hybrid touchscreen Ultrabooks convertible to Tablet that are based on an Intel Tiger Lake processor with Iris Xe graphics solution. 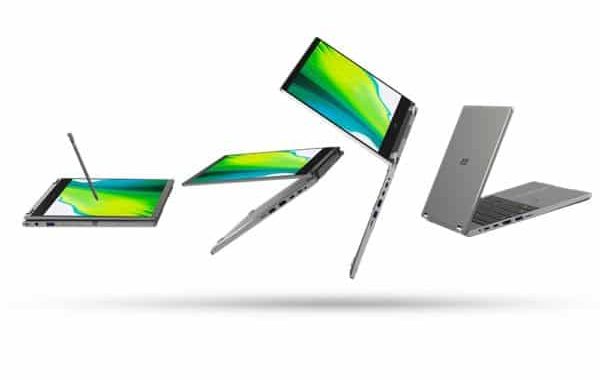 Rare for a 13-inch Ultrabook , the Acer Spin 3 SP313-51N is equipped with 2 slots for M.2 NVMe PCIe 3.0 SSD . While usually only one storage location is offered in this compact format.

The Acer Spin 3 SP313-51N incorporates a low-power Intel Tiger Lake processor up to the Quad Core i7 with integrated Iris Xe graphics that we tested.

It stands out for its screen protection option in Corning Gorilla antimicrobial glass , as well as its antimicrobial silver ion coating compliant with BPR and EPA standards on the lower part including the keyboard, touchpad and its surround. 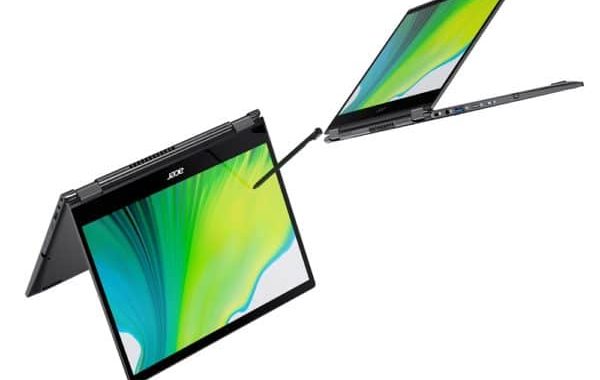 In addition, this hybrid Ultrabook Acer Spin SP513-55N 5 is distinguished by its 3: 2 screen IPS VertiView course tactile multi-touch business 360, the edges for 7.78mm.

Acer Spin 5 SP513-55N would have a bonus of Gigabit Ethernet and a card reader.

The Acer Spin 3 PS313-51N and Acer Spin 5 SP513-55N, which target students and professionals, are announced for December from 899 euros and 1099 euros respectively.