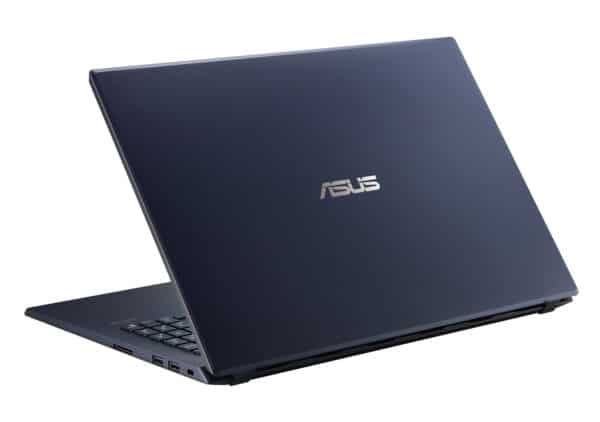 Geared towards gamers and creators, the versatile Asus FX571GT-BQ718T laptop with 15-inch IPS Full HD anti-glare screen is powerful thanks to its Quad Core i5 Coffee Lake Refresh processor and its good amount of RAM. It can run a number of games thanks to its NVIDIA Turing GeForce GTX 1650 graphics card which also accelerates processing such as the fast 512 GB SSD storage. A USB 3.1 Type-C connector is also housed in its relatively sober chassis. thin and light. 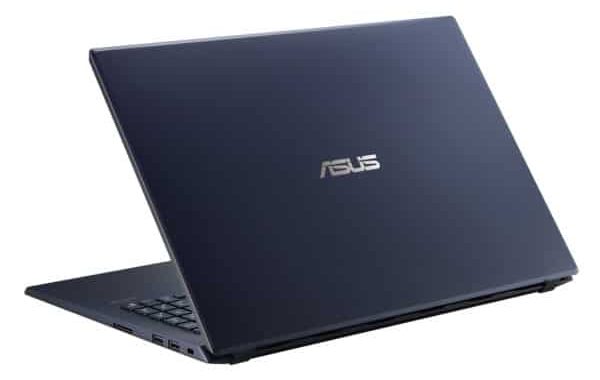 With its dark chassis cooled by 2 fans and rear ventilation, it has a discreet look. It has IceCool technology which ensures that the temperatures of the palm rest are kept at a reasonable level.

This laptop oriented gamers and creators has a good connection consisting of 1 USB 3.1 Type-C, Bluetooth 5.0 wireless modules and Wi-Fi ac to communicate and connect remotely, a practical HDMI video output for connect it easily to a TV for example, audio and Ethernet ports but also 3 USB 3.0 (USB 2.0 compatible) guaranteeing transfers up to 10 times faster than USB 2.0 if USB 3.0 peripherals are connected to it.

It seems that the keyboard is not backlit, which is to be confirmed. 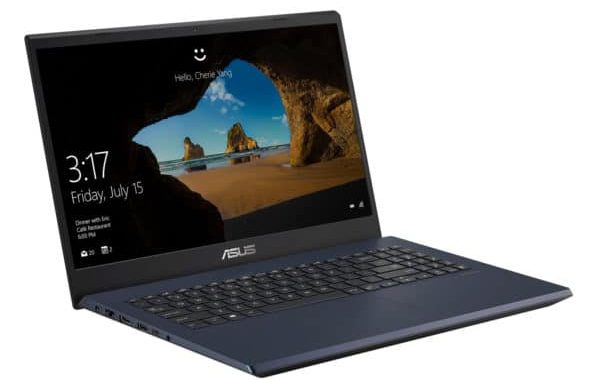 Thanks to its IPS technology, the screen has comfortable horizontal and vertical viewing angles while its colorimetry is average, below more high-end IPS panels. The screen lends itself well to the display of High Definition content and particularly to videos thanks to its precise Full HD definition and its 16: 9 format. Anti-reflective coating, the screen also ensures better visibility in a bright environment (eg outdoors) than a shiny panel.

The Asus FX571GT-BQ718T is a versatile 15-inch gaming-oriented and creative-oriented laptop.

The general performance it delivers is able to satisfy a maximum of users because it is built around an Intel HM370 chipset, a Quad Core i5-9300H Coffee Lake Refresh processor and 8 GB of RAM.
The Core i5-9300H, for example, guarantees faster processing than a low-power Quad Core processor in CPU-intensive areas using multicore, such as photo editing, video editing or 3D rendering, which will interest creators.

They will also be interested in the fact of obtaining accelerated processing by the on-board GeForce GTX 1650 NVIDIA Turing graphics card, and this under software that takes advantage of GPU computing power, such as Sony Vegas or Adobe Photoshop / Premiere.

The GeForce GTX 1650 also has the advantage of being able to support many games if one is willing to concessions under titles demanding in graphic resources to obtain a good playability.

Just like the Intel UHD 630 solution integrated into the Quad Core i5, the GeForce GTX 1650 obviously allows you to watch photos and videos.

However, the Intel UHD 630 is used to the maximum by the onboard NVIDIA Optimus technology because it is much more energy efficient than the GeForce RTX 2070 and thus promotes autonomy. The GeForce GTX 1650 is therefore activated to perform graphics processing deemed too heavy for the Intel UHD 630.

Asus opts in terms of storage for an SSD which has the advantage of being silent but also more energy efficient than a hard drive, more resistant to shocks and much faster.

Thanks to the SSD, we get faster on online game cards than with a hard drive, for example, and we benefit from much faster starts / stops, processing and launches of games / software.

Here, we are dealing with a 512 GB SSD, a capacity that rivals the standard of hard drives. If you need more space, you can add a second SSD or a hard drive via the free 2.5 inch slot. But also using an external storage unit such as a USB 3.0 / USB-C device, an interesting solution for obtaining rapid transfers.

Finally with regard to autonomy, this computer whose finesse and controlled weight facilitate transport (without making it as easy as an Ultrabook), bet on about 4 hours of battery operation in light use.

However, expect this laptop to sound and heat up when pushed hard (eg, treatments, games).