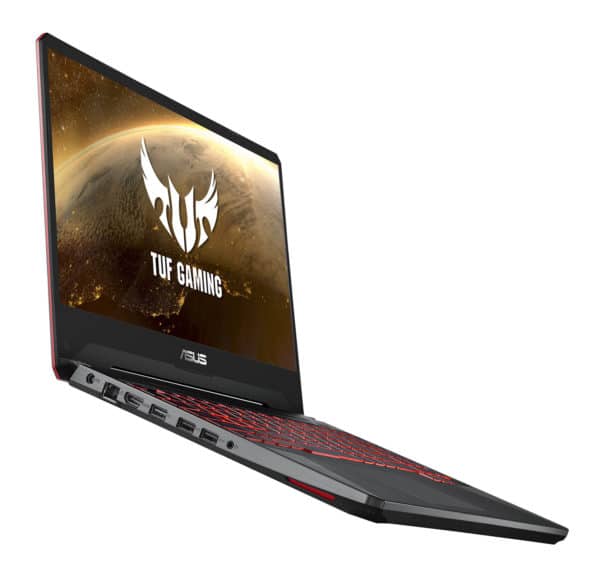 The Asus TUF Gaming TUF505GT-BQ202T (BQ086T) is a versatile black gamer-oriented laptop with a 15-inch IPS Full HD anti-glare screen. It takes advantage of an NVIDIA Turing GTX 1650 graphics card capable of running many games but also of speeding up processing. It relies on an Intel Coffee Lake Refresh i5 Quad Core processor and fast SSD storage for solid overall performance and enhanced responsiveness. This computer also has a backlit chiclet keyboard but skips the USB 3.1 Type-C. 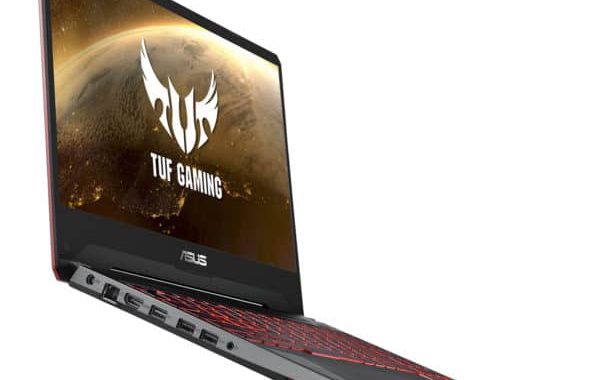 It sports a rather understated design with its sturdy black chassis that meets the MIL-STD-810G military resistance standard.

Its cooling is provided by HyperCool technology (adjustable via the Fan Overboost function) which combines 2 fans with 2 heat pipes and Anti-Dust Cooling technology to limit dust.

On the connectivity side, this gamer-oriented laptop is properly equipped but we regret that it skips the USB 3.1 Type-C, however present on the more recent Asus TUFs (Intel Comet Lake-H and AMD Renoir processors).
The connectivity here integrated includes wireless Bluetooth 5.0 and Wi-Fi ac modules for remote communications and connections, a practical HDMI video output for easy connection to a TV or monitor for example, Ethernet and audio ports as well as 3 USBs compatible with both USB 2.0 and USB 3.0, USB 3.0 guaranteeing transfers up to 10 times faster than USB 2.0 if USB 3.0 peripherals are plugged in.

The chiclet keyboard is adorned with a practical backlighting system for the keys to distinguish them correctly in the event of reduced ambient light.

Thanks to its IPS technology, the screen has large vertical and horizontal viewing angles. It also lends itself very well to displaying High Definition content such as videos due to its precise Full HD definition and 16: 9 aspect ratio. Anti-reflective coating, the screen also provides better visibility in bright environments (eg outdoors) than a shiny panel.

The Asus TUF Gaming TUF505GT-BQ202T (BQ086T) may be of interest to those looking for a versatile 15-inch gaming-oriented laptop PC.

It indeed embeds the dedicated graphics card NVIDIA Turing GeForce GTX 1650. However, it is capable of running many games as long as we agree to settings under the opus demanding in graphics resources to obtain good playability.

As a bonus, the GeForce GTX 1650 is able to speed up processing under software that takes advantage of GPU computing power, such as Sony Vegas or Adobe Premiere / Photoshop.

The Intel UHD 630 is integrated with the Quad Core i5-9300H Coffee Lake Refresh processor. Coupled with 8 GB of RAM, it delivers solid overall performance that can satisfy many users.
The Quad Core i5-9300H notably guarantees much faster processing than a low-power Quad Core processor in CPU intensive areas using multicore, such as video editing, photo editing or 3D rendering.

As for storage, Asus has chosen a silent SSD but also more resistant to shocks than a hard drive, more energy efficient while being much faster. Here, the SSD offers a capacity in phase with the standard of hard drives, namely 512 GB.

Concretely, the SSD guarantees much better fluidity and responsiveness on a daily basis than a simple hard drive. Thanks to the SSD, for example, we get faster on the cards of online games than with a hard drive and we get games / software launches, processing and starts / stops much faster. 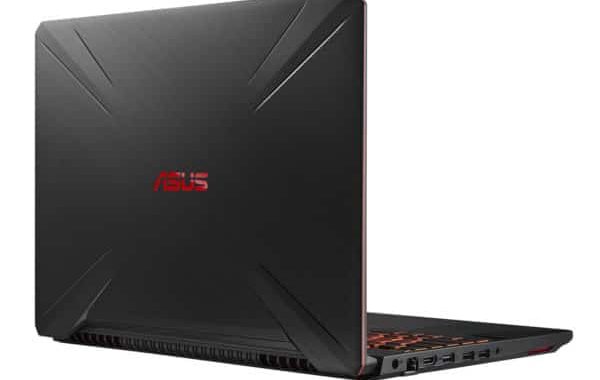 Obviously if you want more capacity, you can rely on an external storage unit. Favoring a USB 3.0 device then represents an interesting option for obtaining fast transfers.
In addition, a 2.5 inch slot is logically free to add a second SSD or a hard drive if necessary.

As for the autonomy of this computer whose weight controlled for this type of PC facilitates transport, bet on about 5 hours of battery operation in light use.

Keep in mind, however, that this laptop is heard and heats up when pushed hard (eg games, treatments).