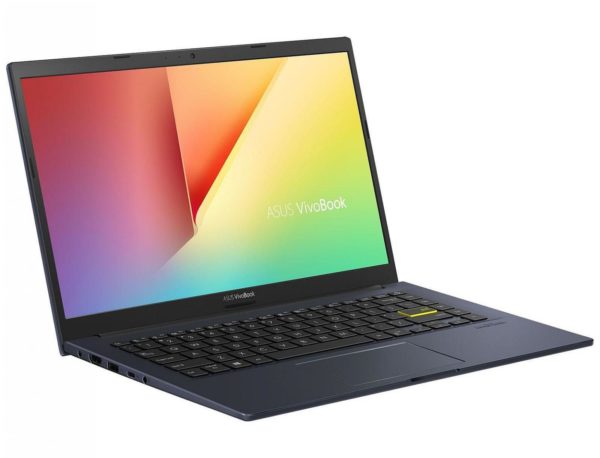 Original with its thin and light blue design, the Asus Vivobook S413FA-EK713T Ultrabook with 14-inch Full HD anti -glare screen benefits from a NumberPad numeric keypad module. It is very responsive thanks to its fast 512 GB SSD storage with Optane part. This laptop is suitable for everyday use thanks to its Comet Lake Core i3 processor and its good amount of RAM, and benefits from a USB 3.1 Type-C connection. 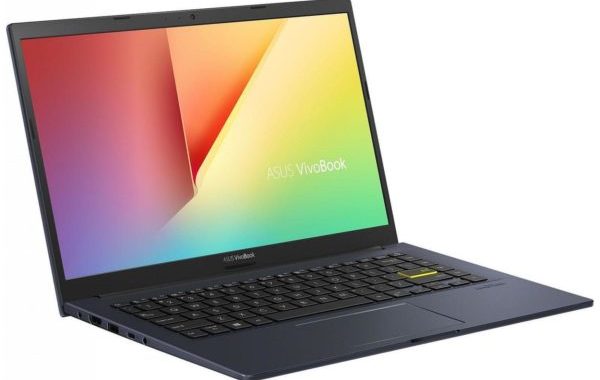 It sports an original yet understated design with its thin and light dark blue ErgoLift hinged frame that raises it slightly forward when opened.

This Ultrabook is well equipped in terms of connectivity. There is 1 USB 3.1 Type-C, a practical HDMI video output for easy connection to a TV or monitor for example, Wi-Fi ac and Bluetooth 4.1 wireless modules for remote connections and communications, an audio port as well as 3 USBs all compatible with USB 2.0 and USB 3.0, with USB 3.0 guaranteeing transfers up to 10 times faster than USB 2.0 if a USB 3.0 device is plugged into it.

The chiclet keyboard does not have a physical numeric keypad on the right for lack of space, as with all laptops whose format is less than 15 inches.
However, to make it easier to enter numbers, Asus draws its NumberPad (NumPad) technology where the touchpad can act as a traditional touchpad or as a digital touchpad module.

The screen lends itself well to displaying High Definition content such as videos thanks to its precise Full HD definition and 16: 9 format. Thanks to its anti-reflective coating, the screen also offers better visibility in a bright environment (eg outdoors) than a shiny panel.

The Asus Vivobook S413FA-EK713T is a compact High Definition laptop designed for everyday use.

It stands out with its Intel Optane H10 storage (which we tested) .

Optane H10 combines an SSD – here with a capacity of 512 GB equivalent to the standard of hard disks – with an Intel Optane part.

Concretely the SSD guarantees a much better fluidity and responsiveness than a hard drive on a daily basis. Thanks to the SSD, we benefit from much faster application launches as well as starts / stops.

An SSD is indeed much faster than a hard drive but also less energy, more resistant to shocks and silent.

Here, Optane accompanies the SSD. But as our Optane H10 test shows , if the Optane contribution is important when it is combined with a hard drive, it is insignificant when it is coupled with an SSD. Remember also that an SSD is used for storage, unlike Optane.

In any case, the SSD supports the heart of this computer well, which delivers good performance in everyday use, such as surfing the Internet and office automation. It is indeed built around a low-consumption Core i3-10110U Turbo Comet Lake processor and a good amount of 8 GB RAM which is very appreciable in multitasking. 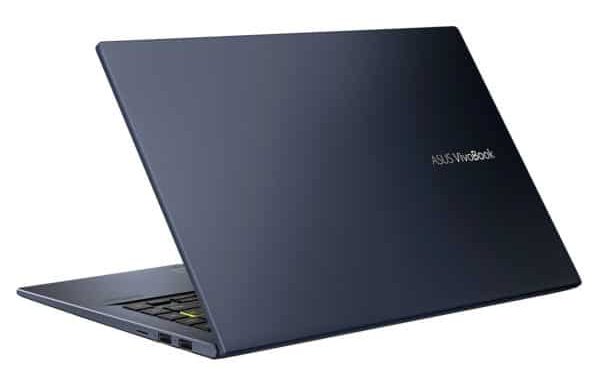 Certainly like any Core i3 (or AMD Ryzen 3), the Core i3-10110U shows its limits under software that consumes CPU resources. However, like other Core i3 Turbo, the Core i3-10110U is significantly more efficient than a non-Turbo Core i3 (Core i3-7xxxU and predecessors).

The Core i3-10110U integrates within it the Intel UHD 620 graphics part. Modest, it of course allows you to watch photos and videos. But because it’s not backed by a dedicated graphics card, this thin and light Ultrabook isn’t designed for heavy graphics work like gaming.

As for autonomy, bet on about 5 hours of battery operation in light use for this Ultrabook whose lightness, compactness and finesse facilitate transport.