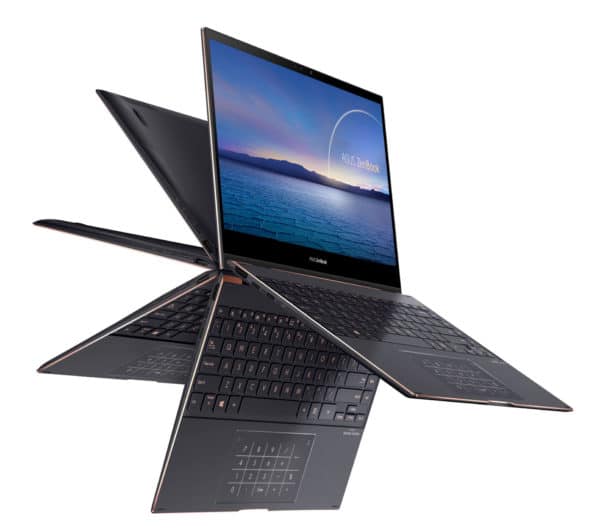 Thin and light 2-in-1 ultrabook weighing 850 grams convertible into a Tablet, the versatile Asus Zenbook UX425JA-HM256T benefits from a 13-inch OLED 4K touchscreen that can be opened at 360 ° offering good color reproduction 100% DCI- P3. It takes advantage of a SSD storage with a large capacity of 1 TB which enhances responsiveness but also of a high-performance core in current use combining a good amount of RAM with a Tiger Lake Quad Core i7-1165G7 processor with Iris Xe to make run games that are not too greedy. Also on the program for this elegant versatile hybrid Ultrabook is a backlit chiclet keyboard, an infrared webcam for authentication by facial recognition, a NumPad numeric keypad module or even a Wi-Fi ax and USB 4 Type-C Thunderbolt 4 connection. 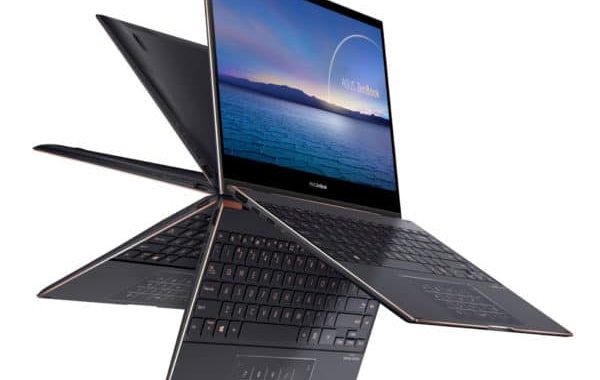 The Asus ZenBook Flip S UX371EA-HL250T against the competition

The Asus ZenBook Flip S UX371EA-HL250T is currently available from Boulanger and offers an attractive configuration / price ratio for its category where it is one of the few that can turn into a Tablet with its touch screen with such high definition and color reproduction as faithful but also to offer such a large amount of RAM, SSD storage with such a large capacity, a numeric keypad module, a processor with such a powerful graphics solution but also a Wi-Fi ax and Thunderbolt 4 connectivity.

With its Jade Black aluminum frame that can be opened at 360 ° to transform into a Tablet, it has an original elegant look. Rechargeable to approximately 60% in 49 minutes, it is intended to be robust with its compliance with the American military resistance standard MIL-STD-810G.

This slim and light 2-in-1 Ultrabook benefits from a multi-touch touch screen thanks to which you can control the system and software by simply placing at least one finger on it, and this by taps / gestures.
As it is tactile, the screen is brilliant: the colors are therefore revived but the reflections present in a bright environment (eg outdoors), more than with anti-reflective.

The screen is also distinguished by its OLED technology ensuring very deep blacks and as a bonus a colorimetry much more faithful than the average thanks to its 100% DCI-P3 compliance.
The screen adopts an Ultra HD 4K definition much higher than Full HD and perfectly suited to (Very) High Definition content such as videos due to its 16: 9 format. Its viewing angles, both horizontal and vertical, are also very wide.

Above the screen, there is an Infrared webcam to authenticate by facial recognition via Windows Hello technology.

The chiclet keyboard can obviously be backlit so that we can correctly distinguish its keys in a dark atmosphere.
But while like all laptops smaller than 15 inches it does not have the place to the right of the keyboard to accommodate a physical numeric keypad, Asus is equipping its NumberPad 2.0 technology. It is thus possible, when necessary, to convert the touchpad into a NumPad touch pad suitable for entering numbers. 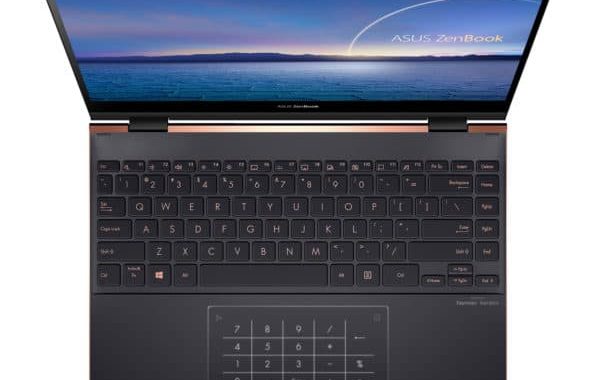 On the connectivity side, this versatile hybrid Ultrabook is well equipped with no less than 2 USB 4 Type-C Thunderbolt 4 but also Wi-Fi ax wireless modules ( more recent and efficient than Wi-Fi ax ) and Bluetooth 5 for connect and communicate remotely, a practical micro-HDMI video output for easy connection to a TV or monitor, for example, but also 1 USB 3.0 (USB 2.0 compatible) guaranteeing transfers up to 10 times faster than USB 2.0 if you plug a USB 3.0 device into it.
Note the absence of an audio port. An adapter is therefore necessary to benefit from it.

The Asus ZenBook Flip S UX371EA-HL250T can appeal to those who have a large budget and want to invest in a compact High Definition compact Very High Definition laptop with faithful colors and convertible into a Tablet, for everyday versatile use on the go. .

It is very easy to transport with its weight of only 850 grams without battery, its compactness and its thinness. Battery life is impacted by the more demanding 4K screen than conventional Full HD. In this regard, expect around 7 hours of battery operation in light use.

This Ultrabook benefits from an SSD with a large capacity of 1 TB that rivals hard drives in this area while being much faster, quieter, more robust and more energy efficient.

Concretely thanks to the SSD, we obtain a much better fluidity and responsiveness on a daily basis than with a simple hard drive. We thus benefit from much faster starts / stops, processing and launches of software / games for example, or even faster arrival on the cards of online games.

It is indeed possible to play with this thin and light hybrid laptop PC while it does not embed a dedicated graphics card. How? ‘Or’ What ? Thanks to the Intel Iris Xe part that we tested . Housed within the processor, it is significantly more efficient than the classic Intel UHD 620. 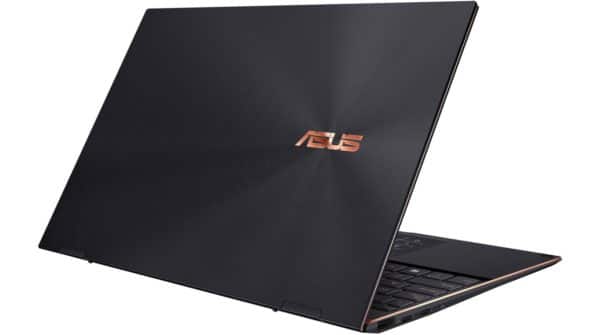 The Iris Xe allows you to watch photos and videos and as a bonus, to play titles not too greedy in graphic resources as long as you agree to settings, particularly at the screen level. Because 4K requires more graphics calculations than Full HD, which means a lower number of fps.

The Iris Xe is integrated into the Tiger Lake low consumption Quad Core i7-1165G7 processor which is here coupled with a good amount of 16 GB RAM. The performance provided by this 2-in-1 Ultrabook convertible into a Tablet is suitable for many users, but not for those who often want to do heavy work in processor and / or graphics resources. Because in this case, it is better to turn to a PC based on a non-low consumption processor.