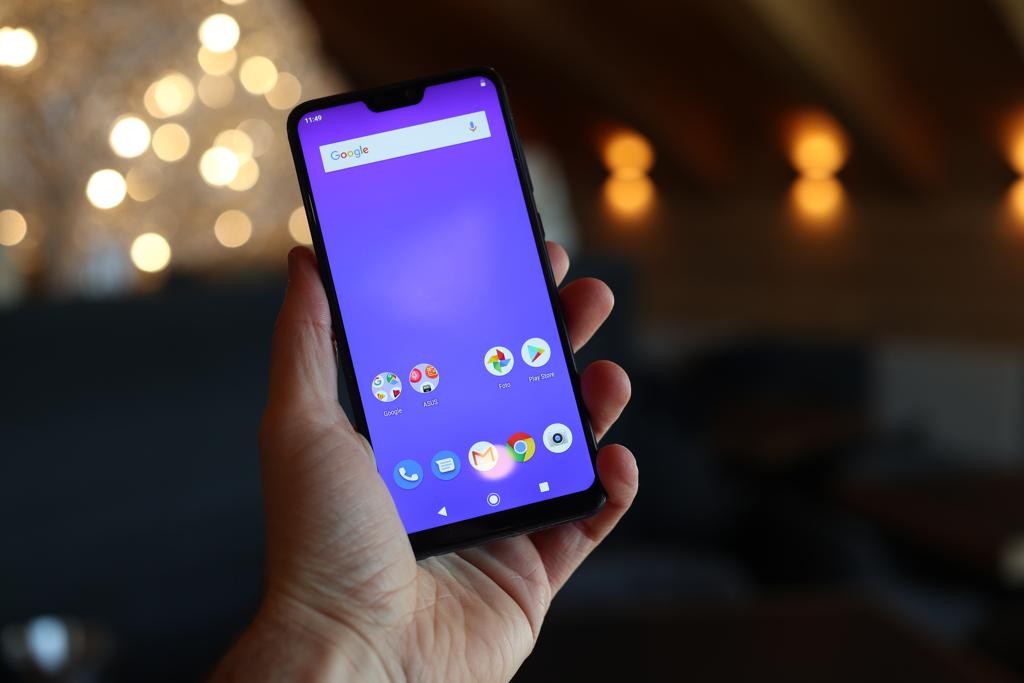 smartphone market now saturated, for Android manufacturers it is increasingly difficult to find distinctive elements for devices that often share the same technological platform. To differentiate its ASUS ZenFone Max Pro M2, a renewed version of the successful M1 model, ASUS has chosen to focus on battery life and Android stock, which is a version of the Google operating system with a native interface, not customized by the manufacturer. The attempt is to intercept the needs and preferences of an audience attentive to price, but still demanding in terms of performance and technological equipment.

The ZenFone Max Pro M2 features a Qualcomm Snapdragon 660 processor, 10% faster than the M1 model, accompanied by 6GB of RAM. The performance is in line with other mid-range Android devices: on Max Pro M2 high-performance games and high-quality videos run smoothly and without slowing down. The storage space is 64GB, but can be extended up to 2TB via microSD. In this regard, another interesting feature of the new ASUS smartphone should be noted: the possibility of using the micro SD card even in the presence of two SIM cards in the slot (on most devices the second SIM card and the micro SD are mutually exclusive ).

While the performance of the devices has grown exponentially in recent years, in the perception of users the battery life remains on average a weak point even of the most advanced devices. The evolution of battery production technologies must necessarily come to terms with the physical limits of lithium ion based solutions. The only way to really improve the life of the power supply units of smartphones is thus still only one: increase the volume and the number of cells in the charging unit.

This is exactly what ASUS has done with the Max Pro M2, providing the new smartphone with a 5000mAh battery. The figure translates into an autonomy of five days in 4G stand-by, 45 hours of talk time in 3G. You can also play 19 hours of video on YouTube or you can surf the web in Wi-Fi for 23 hours. These are numbers to which competing devices of the same band can arrive only with additional solutions such as battery covers.

Despite the presence of such a large battery, the ZenFone Max Pro M2 is not a cumbersome phone. The body lines are tapered and, despite the large screen size (a 6.3 “FHD with excellent color rendering), the device is easy to handle and light. The only drawback of the device remains, in our opinion, the presence of a micro-USB port instead of USB-C. If it is true that the average buyer that comes from the Android universe in this way will not be forced to change all its cable equipment, it is also true that the absence of USB last generation excludes useful options such as fast charging and more the device to a standard that will soon be completely obsolete.

The photographic sector aligns itself as characteristics and quality with the mid-range offer of the competition. The objectives are two: to the main 12MP and f / 1.8 aperture is accompanied by a second 5MP that serves to enable the portrait mode. They can take pictures with scene recognition thanks to the processor’s AI capabilities and shoot UHD video in 4K with electronic stabilization.

Finally, another distinctive feature is the presence of the NXP Smart Amplifier and a five-magnet speaker that contribute to a clearer and more distortion-free sound even when listening to music or watching a video without using headphones.

For ASUS the ZenFone Max Pro M2 is a transition product awaiting the update of the Z line (the highest-end line) expected in the coming months. It comes at an important time for the group, with a renewal of top management and a review of strategic objectives. A change that also affects Europe, where the top management team of the smartphone division is entirely made up of Italians, an absolute rarity for an oriental tech colossus. In the EMEA region ASUS has launched a radical overhaul of the business in the last two years, in particular to free the mobile division from the inherited business processes and dynamics of the portable PC sector, where the brand is historically stronger.

“The smartphone market is now saturated, it is true, but we believe that there are still margins to generate value and to realign the perception of the ASUS brand in the smartphone to the values ​​appreciated by our PC users passionate about technology”, explains Fabio Capocchi , General Manager of ASUS EMEA. “In particular we want to bring the right products to the market, that is, those that can best represent the DNA of innovation of ASUS”.

ASUS ZenFone Max Pro M2 is available today in Italy with the suggested price of € 299. You can buy it online on the ASUS e-shop, at ASUS Gold Stores or in Unieuro stores. The colors are two: Midnight Blue and Cosmic Titanium (a silver gray).

Together with the Max Pro M2 ASUS has also launched a lower-end model, the ZenFone Max M2. The processor in this case is a Snapdragon 632, with 4GB of RAM and 32GB of storage space. The screen remains 6.3 “, while the 4000mAh battery is a bit smaller than the PRO model. It costs € 199.99.