On October 4, 2017, Google presents its new smartphone line-up. Expected is the Google Pixel 2 and the Pixel 2 XL. Is the ultrapixel even a third model?

The fact that we will see the Google Pixel 2 and the Pixel 2 XL at the presentation on October 4 is no doubt. However, just a few days before the unveiling event, a rumor about a third model, which is to be called the Google Ultrapixel and – believed to be the Leak – is the “true” high-end pixel smartphone.

The assumptions about a third pixel phone are not completely new. Especially in the early development stage of the new model series three project names made the round: Walleye, Muskie and Taimen . In the following months crystallized however in various glass spheres that Muskie gekillt was. Walleye and Taimen remained. While behind Walleye hides the pixel 2, Taimen describes the successor of the first Pixel XL model.

Google Ultrapixel: More than a rumor?

Could not it be that the Google Ultra Pixel is another new pixel smartphone in the starting holes? Perhaps the project with the name Muskie yes still further and this is the result? The fact that the video and the corresponding photos can be seen only very little makes the assessment easier. However, some points to the fact that this is more a fake than the truth.

In the following you see a video with the leaked recordings . Whether you listen to the good man\’s statements or jump directly to the relevant scenes, let\’s leave it to you.

Apart from the fact that the quality of the recordings – let\’s say – be sub-optimal, the spelling of the device on one of the photos of the laptop screen is especially noticeable . There is written: Ultra pixel. Yes, with a small “p”. This is surprising since it has been handled differently. Neither the first generation of pixels nor the Nexus devices were capitalized. However, the materials shown on the laptop seem to be work in progress, so not finished.

Could not it be perhaps the Google Pixel 2 XL, which you want to miss another, cool name? Probably not, because in one setting you can see quite clearly three devices mapped together, next to the text: “The future of Android is fluid “ . This could indicate a special user interface for the new pixel devices. It is understood that instead of navigation buttons, wipers could be placed.

Even if I personally would be very surprised, if Google suddenly once again a third new pixel Smartphone from the hat conjures up, so this rumor can not be completely invalidated. Perhaps this ominous device never comes. Maybe it does not appear until later, so in 2018, for example. One should definitely remain skeptical.

Infos and rumors about Google Pixel 2

Over the Google pixel 2 there were already quite a lot of leaks , including the suspected specs. The Google Pixel 2 is to be equipped with a not quite 5 “large Full HD display, of exactly 4.97” is the speech . As a processor, a snapdragon 835 is expected, although the well-known Leaker Evan Blass emanates from a snapdragon 836, not yet revealed. Memory options with 64 GB or 128 GB are considered probable. 4 GB RAM should be available as working memory, the battery has 2700 mAh capacity. In addition, the device is to be IP67 or IP68 certified and thus relatively well protected against dust and water.

One of the latest leaks is that Google is going to put pixel 2 on eSIM. Whether at all, exclusively or depending on the provider to the emergency also with Nano-SIM slot, remains to be seen. A dual camera will probably not exist, which is a pity . However, the camera in the first Pixel Phone knew yes to convince, so we hope for a good camera in the two pixels. As with the HTC U11 (Edge Sense), Pixel 2 has a print-sensitive frame (Active Edge). Oh yes, the Pixel 2 is synonymous manufactured by HTC.

Infos and rumors about the Google Pixel 2 XL

In contrast, the Google Pixel 2 XL is apparently manufactured by LG. Overall, the differences should not be so great, but one thing should definitely be noticed: The Pixel 2 XL is supposed to get a 6 “large QHD AMOLED display in the 18: 9 format and much narrower screen edges. Also with the Pixel 2 XL probably the Snapdragon 835 chipset is used. Should there be a Snapdragon 836 despite contradictory statements, then it would probably be used here. 4 GB of RAM RAM and memory versions of 64 GB and 128 GB are expected to start with a generous 3520 mAh battery. 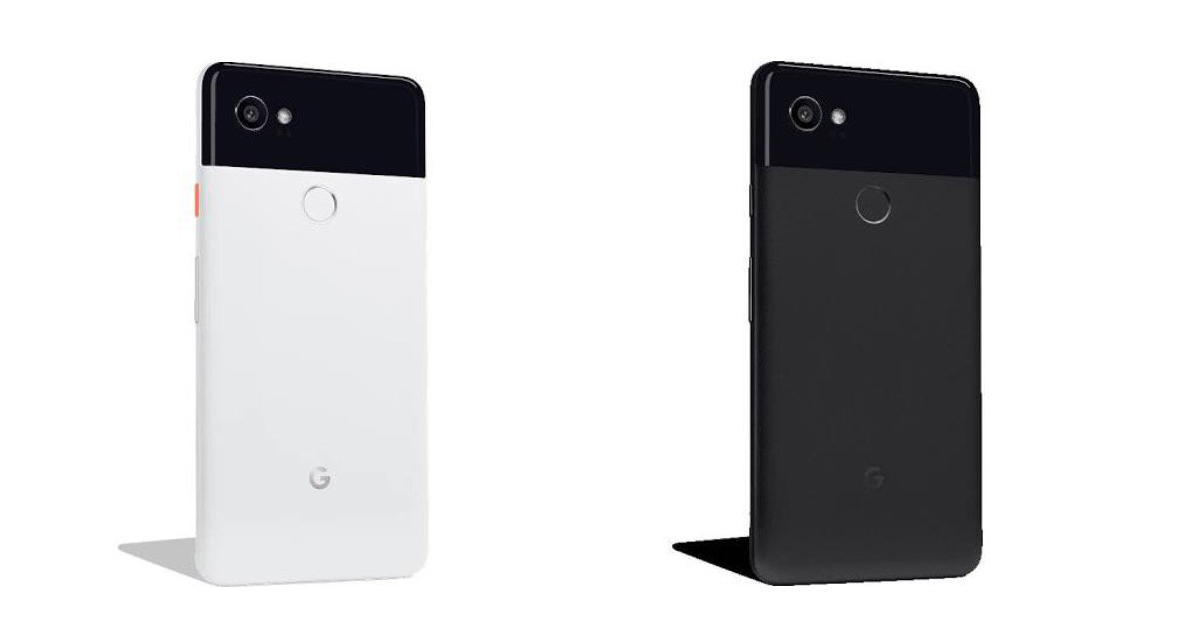 The eSIM mentioned in connection with the pixel 2 will be used – even if it comes at all – with the Pixel 2 XL. Activity Edge, the pushable frame, will also be on board with the Pixel 2 XL, the fingerprint sensor should be on the back. However, a dual camera will probably not be found there, because contrary to the general trend, Google apparently renounced a dual camera. Apropos dispense: On the good old 3.5 mm headphone connection you will have to renounce rumors.

More from GoogleMore posts in Google »