New inexpensive and light black computer, the HP 15-db1024nf designed for everyday use is responsive thanks to its 256 GB SSD storage. It is equipped with an AMD Picasso processor with Radeon Vega 3 graphics.

With its Ebony Black chassis, Maglia motif, mesh motif, textured finish, it sports a sober design. It is recharged to around 50% in 45 minutes.

In terms of connectivity, this computer is properly equipped with its practical HDMI video output to easily connect it to a TV or monitor, for example, its Wi-Fi n and Bluetooth 4.0 modules for remote connections and communications, its Ethernet ports and audio or its 3 USB 3.0 all compatible with both USB 2.0 and USB 3.0, USB 3.0 ensuring transfers up to 10 times faster than USB 2.0 if you connect USB 3.0 devices. It\’s a shame, however, that you\’re not dealing with newer and better Wi-Fi ac. 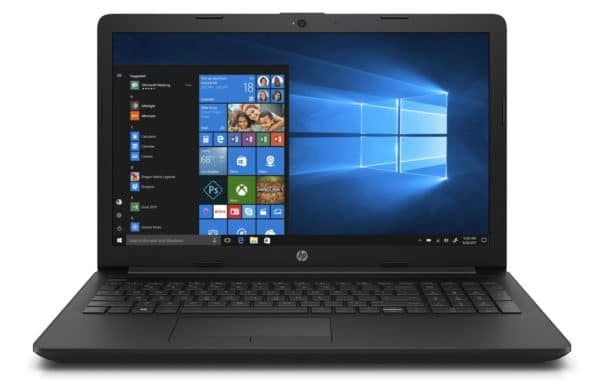 In terms of display, HP opts for a 16: 9 screen suitable for playing video at the definition of 1366×768, standard specifications. It stands out, however, by its anti-reflective treatment thanks to which it is less tiring for the eyes over a long period of time than a bright slab and more readable in a light environment (ex: outdoor).

In this area, as in surfing the Internet and office automation, it delivers suitable services because it is built around 4 GB of RAM and an AMD APU (Accelerated Processing Unit) Dual Core low consumption Athlon 300U Picasso processor, close to an older generation Intel Core i3.

Keep in mind, however, that this duo shows its limits in multitasking and in software consuming a lot of processor resources, which results in slowdowns.

Entrusting storage to a dedicated SSD is therefore all the more a good idea on the part of HP as it advantageously supports the heart of this computer. The SSD guarantees significantly more responsive and fluid operation than a hard drive, which manifests itself, for example, in much faster start / stop and launch of applications.

Here we are more specifically dealing with a 256 GB SSD whose capacity is lower than the standard for hard drives. But compared to these, remember that an SSD is much faster but also more robust, more energy efficient and quiet.

In addition, 256 GB is sufficient for a number of uses. But in case it would be too fair, there is always the possibility of using an external storage unit as a USB 3.0 device to obtain fast transfers. 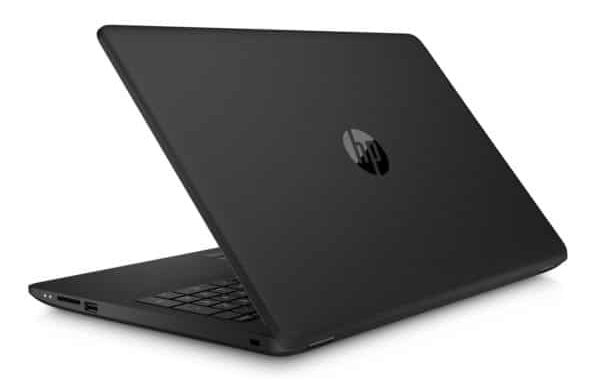 As it ignores a dedicated GPU – logically in terms of its positioning – this PC is not designed to play or perform heavy graphics work. Here the graphics are entirely managed by the Radeon Vega 3 part integrated into the Picasso. Modest, it nevertheless allows of course to view photos and videos.

As for the autonomy of this computer whose transport is facilitated by the weight less than 2 Kg, count on approximately 4 hours of operation on battery in light use.