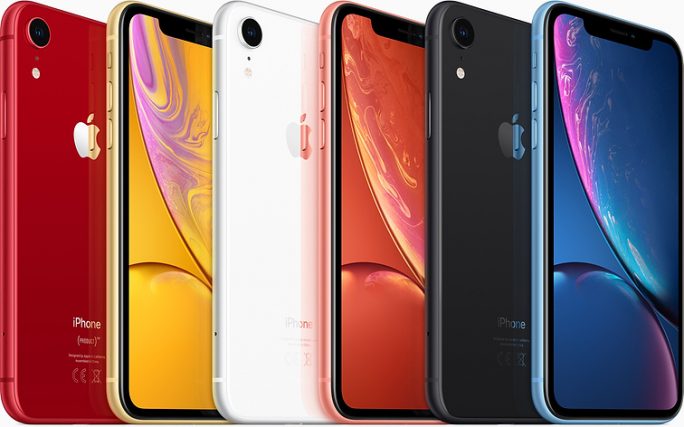 With the iPhone XR Apple wants to open up buyers, to whom the premium models iPhone XS and iPhone XS, which costs up to 1649 euro, too expensive. It saves the iPhone manufacturer on the display. Instead of an OLED panel, it uses a 6.1-inch LCD screen for the iPhone XR. But that’s not the main problem: users are more likely to notice the low resolution of 1792 x 828 pixels negatively. Apple calls this Liquid Retina, but only comes to a pixel density of 326 ppi. That’s little more than the 2012 Nexus 4 offered. Nevertheless, Apple requires for this device in the standard configuration with 64 GB of memory 849 euros, with 128 it costs 909 euros and the variant with 256 GB of 1019 euros.

Also in terms of camera users have to live with compromises. Only one lens installed Apple in the iPhone XR, which has a aperture of f / 1.8. After all, it offers optical image stabilization. The sensor resolves with 12 megapixels. As a selfie camera, a 7-megapixel model with f / 2.2 aperture is used.

Users should be able to adjust the depth of field in both real-time preview and post-shooting to create portraits with bokeh effect. The front camera also offers a portrait mode, which should generate studio lighting effects thanks to portrait lighting.

The iPhone XR is powered by the same chip, which is also in the higher-end variants iPhone XS and iPhone XS. Whether this is operated with the same clock frequency, as with the premium models, Apple has not revealed. Unlocking by face recognition (Face ID) dominates the iPhone XR.

The iPhone XR can be pre-ordered in white, black, blue, yellow, coral and (PRODUCT) RED from 19 October. The trade will come a week later on October 26th.