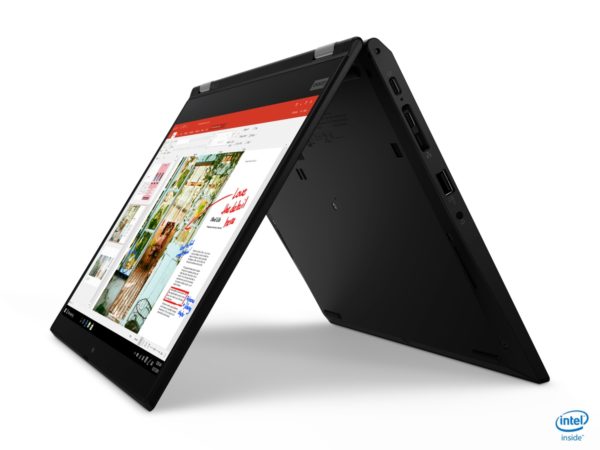 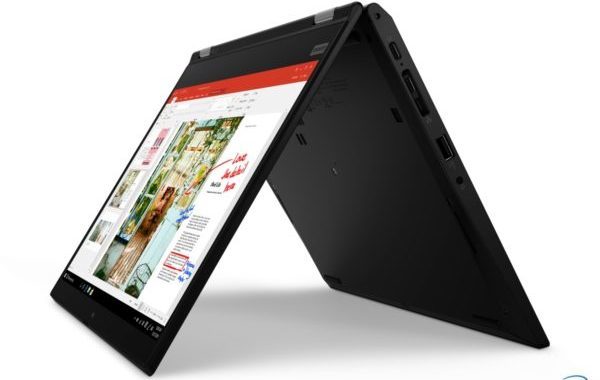 There is also 4/8/16 GB DDR4 2666MHz of RAM (soldered), a M.2 NVMe PCIe SSD storage up to 1GB, 2 Dolby Audio Premium speakers and a microSD card reader. An Intel Optane Memory H10 storage option is also available as an option.

This new ultraportable also benefits from a chiclet keyboard with backlighting option supported by a dual pointing system composed of the traditional touchpad and the most accurate trackpoint as well as a Windows Hello compatible biometric reader .

A webcam Infrared HD with Windows Hello compatible microphone is present to identify in a secure way on the system by facial recognition (security chip TPM 2.0 present). The webcam is equipped with the ThinkShutter function to hide it to preserve privacy.

The new Lenovo ThinkPad L13 Ultrabook is announced in black and silver for October from $ 749.

At the same time will also be marketed the Lenovo ThinkPad L13 Yoga 2-in-1 Ultrabook convertible tablet from 919 dollars.

It stands out with its 13.3-inch IPS Full HD 300cd / m² screen that can be opened up to 360 °, with a rechargeable stylus option. Heavier with 1.43 Kg on the scale, it offers a lower autonomy and nevertheless very significant if it is confirmed in the facts: 12 hours .