The Lenovo Yoga C930 shows how Lenovo is not afraid to experiment and shake up the stories of what a top-class convertible notebook should offer. At first glance, everything looks really old, in fact, there’s more to change than usual.

The knuckle under the display changed fundamentally. The precision thin “watch” full of gears has replaced a simpler perforated belt to look at. But it actually contains speakers. Lenovo has louder stereo loudspeakers in this thin strip, which, thanks to the aim of the user, gives a great impression of space. However, because of the lower frequencies they are unable to play, they are complemented by a pair of speakers on a more traditional lower edge near the front edge. 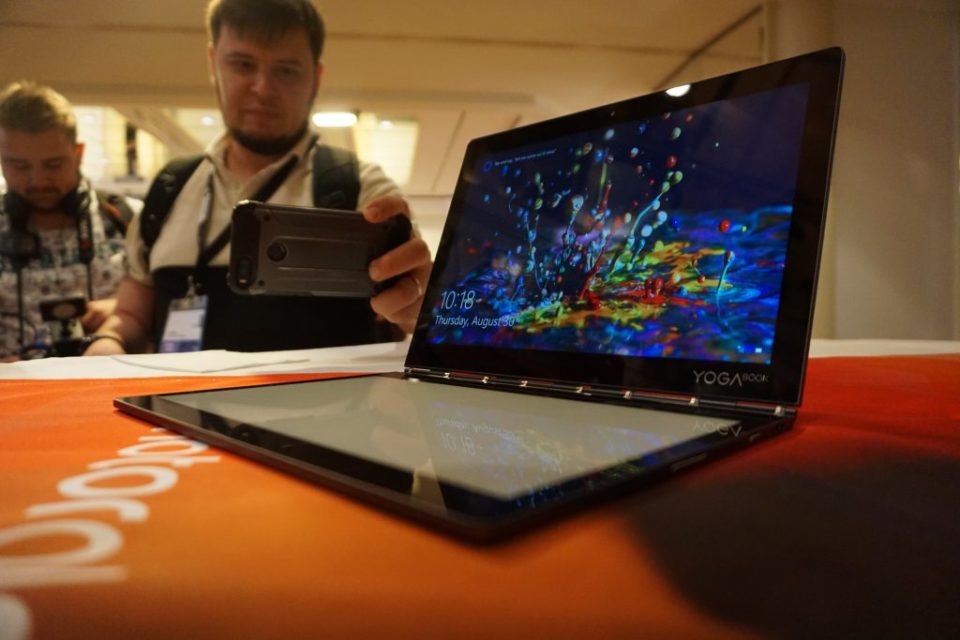 Dolby, where are you going to look

The speakers carry the Dolby Atmos logo, but it’s a bit of a nose. The system behaves like the traditional stereo speakers and Dolby Atmos, meaning not only from the sides but also from the top, so do not wait here. That’s what makes the speakers tuned in Dolby Labs, and you can adjust the equalizer curves, add space simulation, and highlight dialogs using the supplied application. In fact, it’s just about very good stereo speakers.

Notebook speakers play perfectly with good space and audible bass when highlighted in Dolby. Just do not count on the Dolby Atmos surround sound.

Like Dolby Atmos’s Dolby Atmos logo, the Dolby Vision logo also carries a display on this notebook. Again, Dolby Vision is here only as quality and accurate color certification and does not count on Dolby Vision playback support. The display supports HDR video, but the maximum brightness around 315 threads can not bring the intense brightness necessary for HDR quality. The HDR video gives you only the expanded color space and Dolby with its Vision stamp confirms its exact setting.

When you start exploring the available connectors, it will surprise you that everything is just to the left – USB, audio, and a pair of USB-C with Thunderbolt support and charging. On the right is only the main switch. However, the ports would not actually be there.

A significant part of the right side occupies a hidden active pen with two buttons. It extends from the back, which interferes with the screen in notebook mode. When the display flips to the position where the pen will be used, it will pop up from the body of the notebook immediately.

The inserted pen is recharged, so you will not have to deal with any battery replacements. Due to the size of the notebook, it is not as big as Microsoft Surface or other notebooks. But you will not lose it. I’m constantly afraid when testing notebooks with lips that my pen will fit somewhere, I will lose it and I will have to pay. I often leave him in a box and I do not use it. Here the pen is always safely hidden in the body of the notebook while still at hand.

In terms of equipment, the tested configuration is a standard, terse basis. Core i5, 8 GB memory and 256 GB disk. So I did not expect any breaking of performance records, but it was very pleasant but surprised by the 60Wh battery life with which the notebook could handle the film over 12 hours. Cooling on your notebook will sound at a higher load, but it does not disturb. In normal office work, the notebook is silent.

The Lenovo Yoga C930 rightly deserves the nine in the name of the premium category with the best technologies. Excellent stereo speakers provide a pleasant space, even though the Dolby Atmos sounds misleading. Similarly, I am also facing Dolby Vision on the display. As the display is not bad, but I would expect a higher brightness, not just HDR support, from Dolby Vision certification. For the highest-end notebook, I would also expect my face to face over the infrared camera. This is just a fingerprint reader and there is a mechanical slider covering the top camera for paranoids.

But for the long-term satisfaction of the laptop nothing is essential. Thanks to the easy-to-use pen, you will often draw and write, thanks to long stamina, you will not have an annoyance without an outlet. Both the speakers and the display are really good, even if they do not even boast Dolby label.