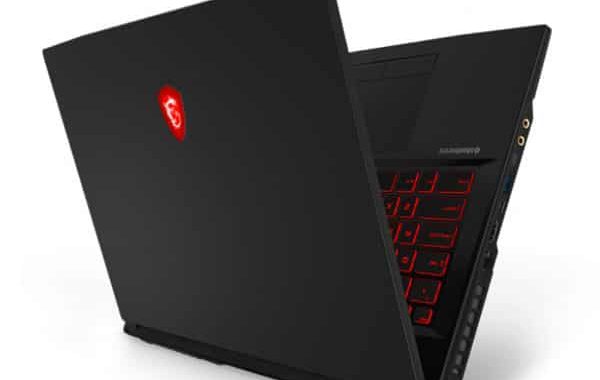 With its black chassis with angular lines and touches of red, it takes up the gamer codes while adopting a relatively discreet and elegant design for this type of PC.

It is cooled by Cooler Boost 5 technology via 2 fans and 7 heat pipes, the heat being released by the ventilation grilles at the rear and sides.

The integrated connection to this powerful PC is good, composed of Bluetooth 5.0 wireless modules and Wi-Fi ac to communicate and connect remotely, mini-DisplayPort and HDMI video outputs practical to easily connect this PC to a TV for example , Ethernet and audio ports, 1 USB 3.1 Type-C as well as 3 USB 3.0 (USB 2.0 compatible) guaranteeing transfers made up to 10 times faster than USB 2.0 if USB 3.0 devices are connected to it .
It is however regrettable to note the absence of Thunderbolt 3 on this high-end PC.

The chiclet keyboard was developed with the help of SteelSeries to adapt to the habits of players. It can of course be backlit, here via an RGB system per key, to clearly discern it in the dark.

Fluidity in games is enhanced thanks to the screen adopting a refresh rate of 144Hz higher than the standard 60Hz. IPS, the screen reproduces colors more faithfully than average while ensuring large viewing angles, both vertically and horizontally. With its precise Full HD definition and its 16: 9 format, the screen lends itself well to displaying High Definition content and in particular videos. The screen also offers better visibility than a bright slab in a bright environment thanks to its anti-reflective treatment allowing it to be more restful for the eyes in prolonged use.

Note that this computer runs Windows 10 Pro, a more complete edition than Windows 10 classic with its advanced security and network management tools like BitLocker.

The MSI GL75 9SGK-1241FR targets those who have a large budget and intend to acquire a versatile laptop with a large, powerful format, especially in games but also in terms of creation.

As it benefits from the dedicated high-end NVIDIA Turing GeForce RTX 2080 card with ray tracing, this gaming computer is capable of making the most recent games that consume graphics resources run at a good level of detail.

Essential in games, responsiveness is all the more important with this PC as it has a 1TB SSD storage. It competes in terms of capacity with hard disks while being much faster, more energy efficient , more robust and silent.

The SSD guarantees daily operation that is much more fluid and responsive than a hard drive, including in games and under treatments. Thanks to the SSD, we benefit from much faster start / stop and launch of games / software and we can reach maps on online games faster.

In addition here as an M.2 slot is available, you can add a second SSD if necessary.

Architectured around an Intel HM370 chipset, the heart of this gaming computer supports the RTX 2080 well in games. It actually delivers a global power capable of attracting the most demanding users, including creators.

Are integrated a Hexa Core i7-9750H Coffee Lake Refresh processor coupled with a large amount of RAM of 32 GB above average.

This duo provides much faster processing than a Quad Core processor and 8 GB DDR4 in areas that consume CPU and RAM resources exploiting multicore. The difference is particularly noticeable in multimedia fields, such as video editing, photo editing or 3D rendering.
Note that the contribution of the Hexa Core is however variable in games compared to a Quad Core. 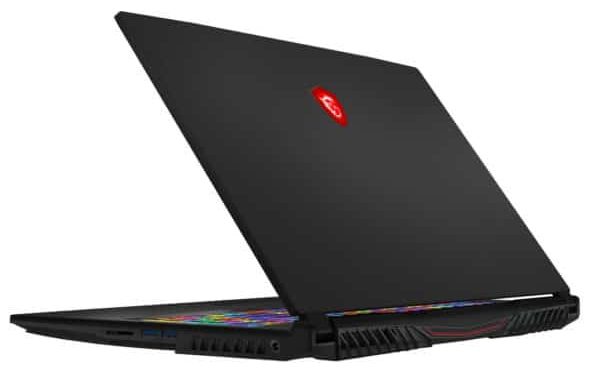 Creatives will be all the more interested in this PC as they use software exploiting the computing capacities of the GPU, like Adobe Photoshop / Premiere or Sony Vegas which can rely on the processor, RAM, SSD and GeForce RTX 2080.

Finally on the autonomy side, bet on about 4 hours of battery operation in light use for this light gaming computer for a 17 inch but which heats up and shows itself when it is heavily used (eg games, treatments). In these conditions, we will therefore avoid using this laptop on the knees or a duvet for example.