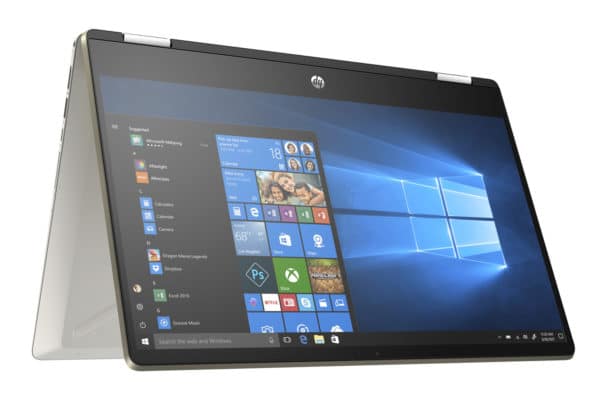 Versatile, the thin and light HP Pavilion x360 14-dh1006nf is a new silver 2-in-1 Ultrabook with 14-inch Full HD IPS touch screen that can be opened 360 ° to transform into a Tablet. Performing with its Comet Lake Quad Core i5 processor, it is able to run low-power games thanks to its NVDIIA graphics card with Optimus technology. It also benefits from a large capacity hybrid storage with fast SSD to enhance its responsiveness. This 2-in-1 Ultraobok also benefits from a USB 3.1 Type-C connection, a backlit chiclet keyboard but also a biometric reader. 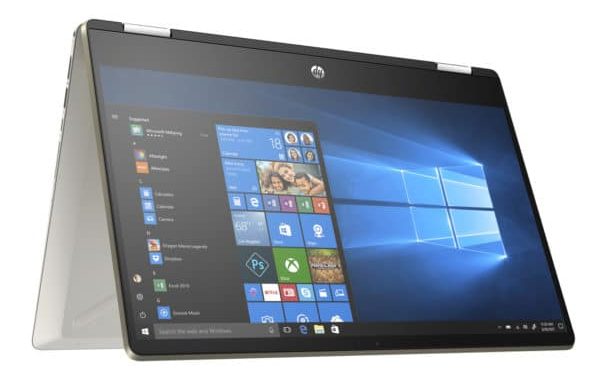 Original because it can open 360 ° to easily and quickly transform into a Tablet, this 2-in-1 Ultrabook also adopts an elegant look with its mineral silver chassis, natural silver keyboard frame, anodized and sandblasted finish (dixit HP) . 45 minutes is enough to recharge it to around 50%.

The screen stands out with its multi-touch touch technology that allows you to interact with the system and software with simple taps / gestures of at least one finger affixed to it.
As it is shiny, the screen is treated shiny. Therefore, it strengthens the colors but is subject to reflections in a bright environment (eg outside).

The screen also lends itself very well to displaying High Definition content and in particular videos due to its precise Full HD definition and its 16: 9 format. As it is equipped with IPS technology, its viewing angles both horizontal and vertical are important. Its colorimetry is standard, however, lower than that of higher-end IPS panels.

A biometric reader is integrated into this hybrid Ultrabook, which can be authenticated by fingerprint recognition using Windows Hello technology.

Thanks to the chiclet keyboard backlighting system, the keys can be clearly distinguished in dim light. 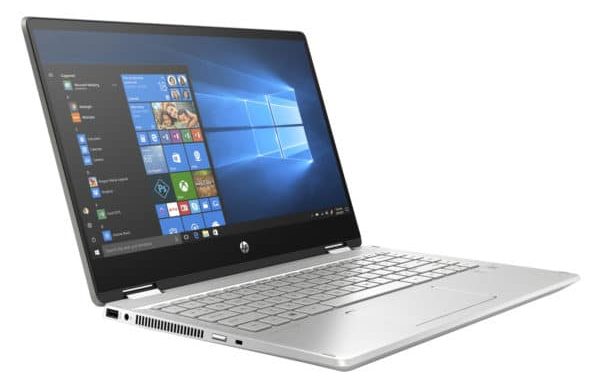 In addition, the connectivity of this Ultrabook 2-in-1 convertible into a Tablet is good. It includes wireless Bluetooth 4.2 and Wi-Fi ac modules to communicate and connect remotely, a useful HDMI video output in order to easily connect it to a TV or a monitor for example, an audio port, 1 USB 3.1 Type- C without forgetting 2 USB 3.0 (USB 2.0 compatible) ensuring transfers made up to 10 times faster than USB 2.0 if you connect USB 3.0 devices.

The HP Pavilion x360 14-dh1006nf is a compact High Definition laptop convertible into a Tablet for general purpose use.

It benefits from a hybrid storage offering both great responsiveness thanks to the 128 GB SSD provided to house the system as well as the main software, and a high capacity thanks to the 1000 GB hard drive thought to accommodate the rest.

On a daily basis, the SSD guarantees significantly more responsive and fluid operation than a simple hard drive. Thanks to the SSD, we benefit for example from software launches and starts / stops much faster than with a hard drive.

The SSD goes well with the heart of this hybrid computer convertible into a Tablet which delivers good general performance capable of satisfying many users.
It is indeed built around a good amount of 8 GB RAM associated with a Quad Core i5-10210U low consumption Comet Lake processor.
To carry out work requiring processor resources on a regular basis, it is better to turn to a PC with a non-low power processor.

Whether with the Intel UHD 620 graphics solution integrated into the Quad Core i5 or the dedicated GeForce MX130 card, it is of course possible to watch photos and videos on this 2-in-1 Ultrabook with NVIDIA Optimus technology. 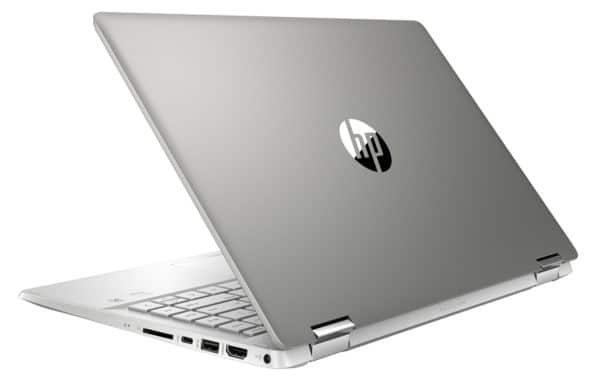 Thanks to the GeForce MX130, which is more efficient and greedy than the Intel UHD 620, this compact hybrid computer is capable of handling games that consume little power.

Finally, with regard to the autonomy of this hybrid Ultrabook, whose finesse and controlled weight facilitate transport, expect around 6 hours of battery operation in light use.