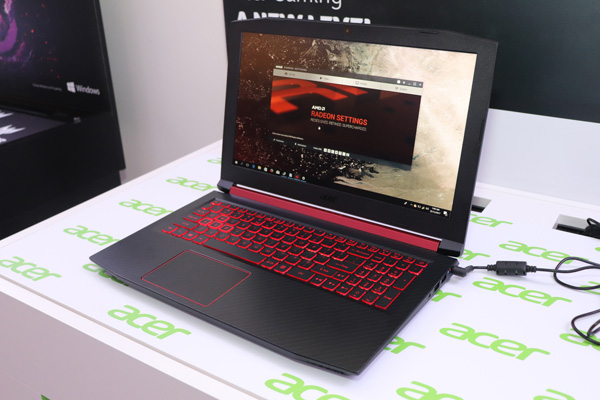 The Acer Nitro series is designed for occasional gamers, for those looking for a platform that can be played for a few hours, but at a price more accessible and with a less “aggressive” design. So, in the course of Next @ Acer, the Taiwanese company presented the complete range comprised of the Acer Nitro 5 gaming-notebook , the Acer Nitro 50 desktop PC and the Acer Nitro VG0 and RG0 monitors .

Acer Nitro 5 was announced in April and shown live for the first time in New York. Despite having the same design and finish of the version presented at CES 2018 , which we recognize for the elegant texturing laser and the sober red opaque hinge, this model is not based on AMD Ryzen but Coffee Lake-H processors , with a couple of SKUs already available on the European market starting from € 999 : a cheaper one with an Intel Core i5-8300H hex-core chip , Nvidia GeForce GTX 1050 graphics card , 8GB of RAM and 1TB hard disk, and a more expensive one with the same processor side by side from an Nvidia GeForce GTX 1050 Ti GPU, 8GB of RAM and 256GB SSD instead of the HDD.

In fact, the company has also planned other higher-end configurations with (up to) 512GB of NVMe PCIe storage, up to 32GB DDR4 RAM and Intel Core i7  chips (with Intel Optane memory), but at the moment none of these versions It seems available in Italy. And it’s probably just a matter of days. 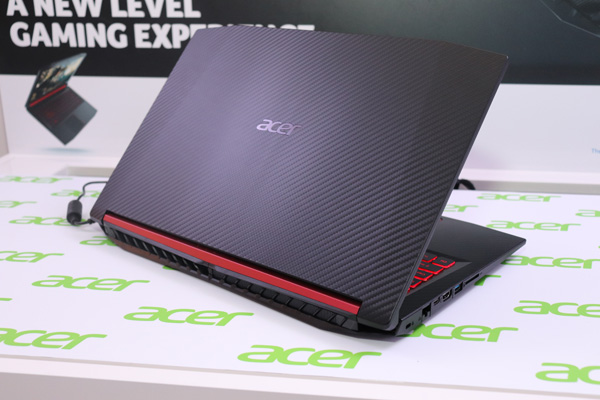 Nitro 5 boasts a 15.6-inch IPS Full HD display (1920 x 1080 pixels) with a front webcam, a backlit keyboard and a high-quality audio compartment thanks to Dolby Audio Premium and Acer TrueHarmony technologies . The rest of the equipment includes a Gigabit Ethernet port for fast and reliable wired connections, WiFi 802.11ac 2×2, a USB 3.1 Type-C (Gen 1) , a USB 3.0 port that also allows charging, two USB 2.0 and an HDMI port 2.0 can support an update rate of up to 90 Hz. Once on the battlefield, the Acer NitroSense software monitors the status of the CPU / GPU, while the CoolBoost technology adjusts the fans for optimal performance.

The same bold and refined design of the gaming-notebook is also adopted by the Acer Nitro 50 desktop PC which, in a black chassis with details and red front LEDs, hides 8th generation Intel Core processors , up to 3TB of HDD and 512GB SSD storage, as well as NVIDIA GeForce GTX 1070 graphics to deliver high-level performance to handle games and other intensive graphics tasks. Also included is a convenient shelf with wireless charging to keep loads of users’ accessories ready and ready (compatible with the Qi charging standard). It will be available from August to 1499 euros .

But to enjoy further immersive gaming sessions or to turn every game into a stunning stereoscopic experience, simply pair the Nitro 50 desktop with an Acer Nitro VG0 or RG0 monitor . The Acer Nitro VG0 series arrives on the market with 27, 23.8 and 21.5 inch displays that offer realistic colors and 4K UHD, WQHD or Full HD resolutions. Acer Nitro RG0 ultra-slim monitors boast elegant, slim 6.8 mm profiles and are available in 27 and 23.8 inch diagonals. Both boast refresh rates up to 144 Hz and IPS panels. For further information on the Acer Nitro 50 desktop PC and Acer Nitro VG0 or RG0 monitors.