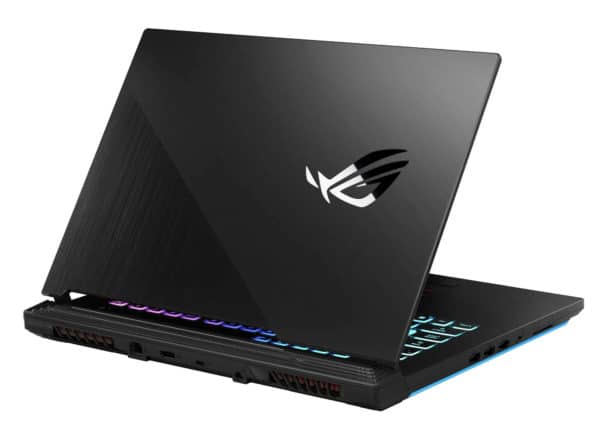 The Asus ROG Strix G15 G512LU-HN080T is a low weight black gaming laptop capable of running a maximum of games with its NVIDIA Turing GTX 1660 Ti graphics card which also accelerates processing such as the Hexa Core Comet Lake processor -H. Equipped with a 15-inch IPS Full HD screen whose frequency of 144Hz improves fluidity in games, its responsiveness is enhanced by its fast SSD storage. This computer also has a backlit chiclet keyboard – however without a numeric keypad – as well as a Wi-Fi ax and USB-C connection. 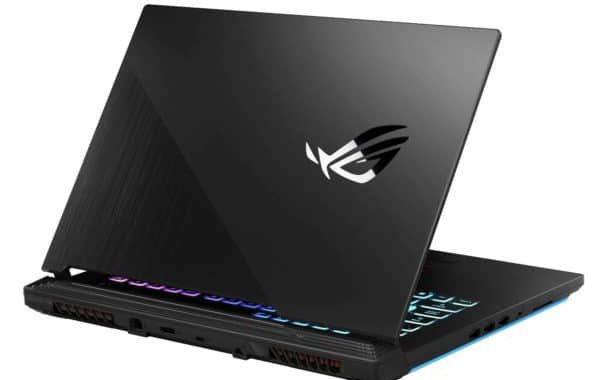 The appearance of this laptop was developed through a collaboration with BMW. The set is both gamer and elegant, with angular lines and a black color.

The connectivity built into this computer is also good, including wireless Bluetooth 5.0 and Wi-Fi ax modules ( more recent and efficient than Wi-Fi ac ) to communicate and connect remotely, an HDMI video output useful if you want to connect it to a TV or monitor, for example, Ethernet and audio ports, 1 USB-C but also 3 USB 3.0 (USB 2.0 compatible) guaranteeing transfers up to 10 times faster than USB 2.0 if USB 3.0 devices are connected to it.

The chiclet keyboard skips a numeric keypad while it is a standard in 15 inches, which will disappoint more than one. And all the more so since Asus could have integrated its NumPad technology here (which transforms the touchpad into a tactile numeric keypad if necessary) but did not make this choice.
Fortunately, the keys of the chiclet keyboard can be backlit – here via a 4-zone RGB system – which is practical to better distinguish them in case of limited ambient light. 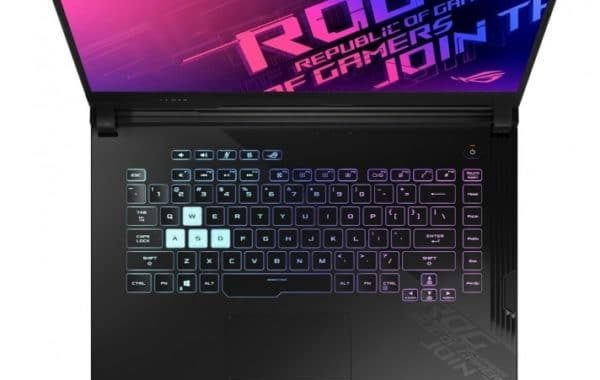 Gamers will particularly appreciate that the screen boasts a 144Hz refresh rate as it improves fluidity in games compared to the 60Hz standard. Thanks to its anti-reflective treatment, the screen also offers better visibility than a shiny panel in a bright environment (eg outdoors). It lends itself very well to the display of High Definition content such as videos thanks to its precise Full HD definition and its 16: 9 format. Thanks to its IPS technology, the screen also has significant viewing angles, both vertically and horizontally.

The Asus ROG Strix G15 G512LU-HN080T is for those looking for a versatile 15-inch laptop that performs well, gamers and creators oriented.

Thanks to its Hexa Core i7-10750H Comet Lake-H processor and its 8 GB of RAM, this gaming laptop PC delivers solid overall performance capable of satisfying as many users as possible.

The Hexa Core i7-10750H, for example, guarantees much faster processing than a Quad Core processor in CPU intensive areas that take advantage of multicore, such as photo editing, video editing or 3D rendering.
However, it should be borne in mind that in games currently, the contribution of the Hexa Core is variable compared to the Quad Core.

Despite everything, this heart supports the dedicated graphics card GeForce GTX 1660 Ti NVIDIA Turing in games. The user can run as much of it as possible on this computer if he is willing to make concessions under the most graphics-intensive titles to achieve good gameplay.

Built around an Intel HM470 chipset, this gaming laptop PC has SSD storage. It rivals the standard of hard drives in terms of capacity with its 512 GB while being quiet, more robust, less energy-consuming and much faster.

Result thanks to the SSD, we take advantage of games / software launches much faster than with a simple hard drive as well as start / stop and processing, or even a faster arrival on the cards of online games. 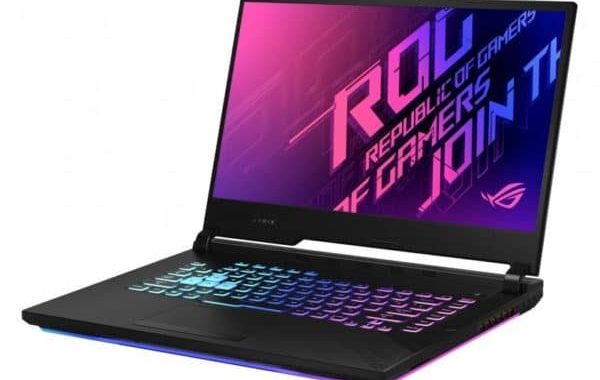 What if the space is too tight? You can use an external storage unit such as a USB-C / USB 3.0 device to benefit from fast transfers.
In addition, 2 M.2 slots are free within the PC to add up to 2 SSDs.

Finally, with regard to the battery life of this gaming laptop, the weight of which is controlled for a player-oriented model, bet on about 3 hours of battery operation in light use.
That said, in the event of heavy loads (eg games, processing), expect this computer to be heard and heat up.