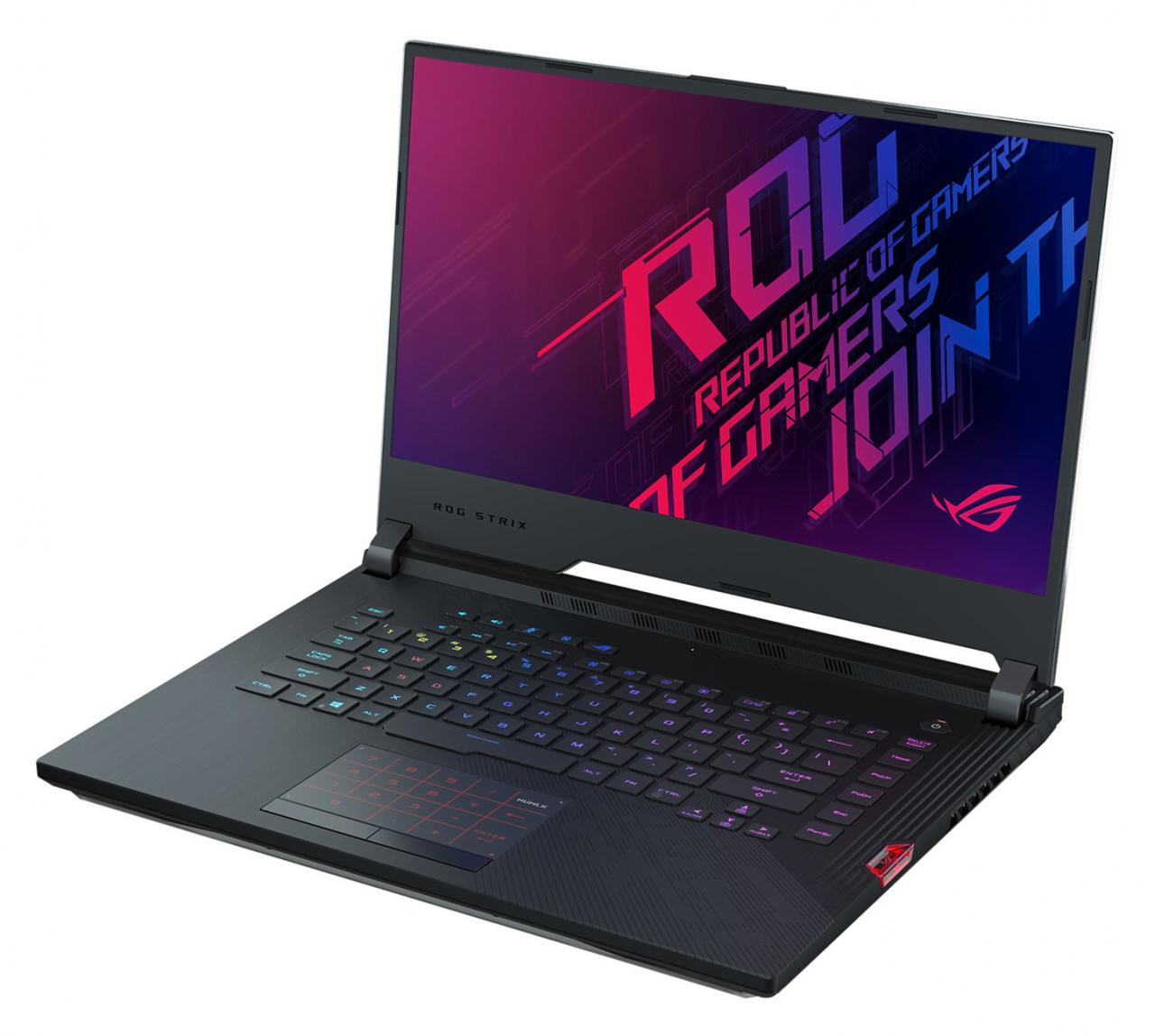 The Asus ROG Strix Hero III G531GV-ES002T updates a balanced game and performance-oriented setup. This 15-inch laptop is surmounted by a borderless borderless screen and summons a powerful heart of last generation with responsiveness to spare. While discerning gamers will find the perfect support in the GeForce RTX 2060 6GB and 144Hz display, its powerful core combining an Intel Core i7 9th gen, 16GB of RAM and a full SSD storage can fully support creative. Complete connectivity, neat and colorful design, multicolored backlighting and advanced cooling technologies, everything is there to accompany you in the action, provided you go beyond its limited autonomy, its audible ventilation and the absence of Thunderbolt 3.

Heir to the ROG Strix GL504, the Asus ROG Hero III Strix G531GV-ES002T takes up several stylistic elements of its predecessor as its diagonal that splits the brushed effects of the aluminum lid in half as well as the back-illuminated ROG logo on the side. But it stops there. The chassis is completely redesigned in a beveled silhouette with aggressive edges and geometric shapes. Asus claims to have worked with BMW Designworks Group on the lines of its new PC to address one main issue: ventilation. At first glance, the aesthetic is sober with a black color but wait to turn on the PC, the lower part of the base lights up, like the multicolored backlit keyboard and the logo to the

Small precision that is important, to preserve the balance of its borderless screen, Asus has simply deleted the webcam . This is prejudicial even if its impractical positioning on the GL504 had left us a little perplexed.

The measurements of the PC are well optimized. It weighs only 2.5 kg with a thickness of 25 mm . Thanks to the thin edges, you get a width of only 360 mm. It’s very well optimized for a 15 inch game.

This can be seen in the screen that catches the eye at first glance. And for good reason, highlighted by a thin frame, it sports high-end specifications: IPS panelwith a refresh rate of 144 Hz . Intensive players will certainly appreciate the extra 24 frames per second compared to the more widely crossed 120 Hz. Especially since the angles of vision are excellent thanks to the IPS panel which, let us emphasize it, is generally not noticed for its liveliness. Full HDdefinition (1920 x 1080px) is the most suitable for gamers and allows you to make the most of your High Definition content while the matte treatment prevents the ambient brightness from reflecting on the screen, improving the playing comfort (especially in dark scenes).

The PC provides adequate connectivity but not as diverse as expected, gathered on the left side and back. There is a Gigabit Ethernet port, an HDMI 2.0 output, three USB 3.1 ports and a USB Type-C (Gen2) port (without Thunderbolt 3 support). The latest generation of Wifi AC and Bluetooth 5.0 modules are also on the menu. So we say goodbye to the MiniDisplay Port and the SD card reader.

In addition, it seems that a NumPad (Number Pad) is integrated in Strix G531GV-ES002T at the touchpad. This new feature at Asus appeared on its VivoBook / ZenBook series allows to appear a keypad highlighted (retro LED) on the touchpad at the touch of a finger in the upper right corner. This is very convenient for those who regularly enter numbers even if the lack of “return” when typing can unset at first. 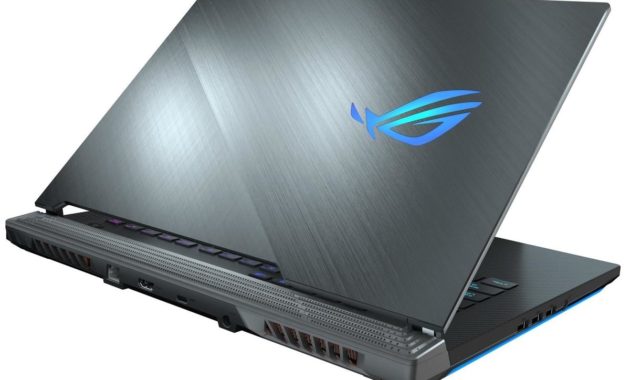 An essential parameter in this game-oriented PC, the graphic part is entrusted to the latest-generation GeForce RTX 2060 Turing Ray-Tracing (2019). This new version reserves a visible increase in power compared to GTX 10 Pascal. Thus, the RTX 2060 6GB GDDR6 installed here should exceed the capabilities of a GeForce GTX 1070 in most scenarios as demonstrated in our test dedicated to the MSI GL63 8SE . Expert players will be able to launch the most recent titles and greedy Ultra with 60 FPS minimum.

Opposite, its latest generation processor Hexa Core i7-9750H Coffee Lake Refresh is here to meet the needs of versatility. The gain compared to the previous generation is not necessarily significant on the perfs (10% env.) But it still allows to see large resources in multi-core tasks, in the service of versatility. Indeed, its 6 cores (12 logics multi-threading) are valuable when you work on greedy applications type 3D modeling, parallelization, video editing … Especially since the RAM is present in quantity. With 16 GB of RAM , you enjoy a great multitasking scope, enough to see coming the next few years serenely.

Storage prioritizes speed in this Asus ROG Strix G G531GV-ES002T because entrusted to a 512 GB NVMe PCIe SSD that will significantly strengthen the overall responsiveness of the system on a daily basis. Overall quieter, more robust, and more energy efficient than a mechanical drive, it allows Windows to achieve a remarkable level of fluidity with short load times and latency-free operation. What’s more, its capacity is not ridiculous and can host a good part of your toy library even if some will not find it enough. Be aware that a 2.5-inch slot is free inside to install a second SSD or hard drive.

Finally, for a laptop 15 inches of this ilk, the battery of 66Whr arrives to offer a decent autonomy exceeding 5 hours in Web browsing with active Wifi. Thank you Optimus.