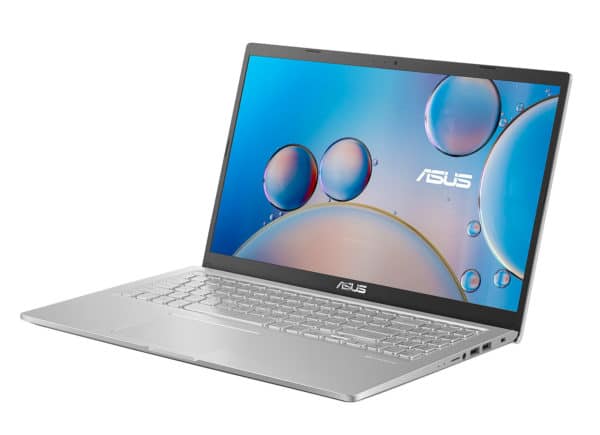 Its compact and elegant format is what immediately appeals to the Asus S515JA-BR401T. Asus has equipped it with an office base that is fully capable of supporting everyday use thanks to the Core i3, 8 GB of RAM and high-capacity fast SSD storage (512 GB) and a variety of connectivity. Note also the presence of a numeric keypad. On the other hand, we should not expect anything from the small battery and we will have to deal with a very average screen. 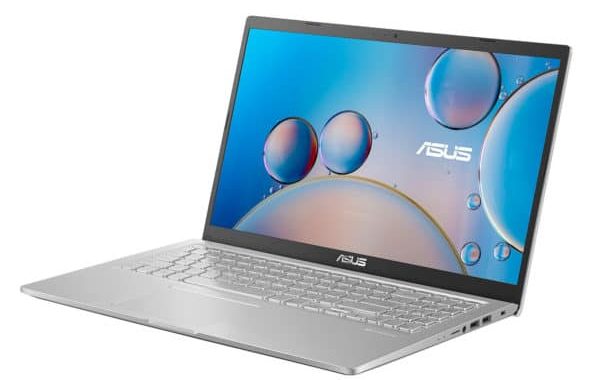 With its sleek design and narrow “NanoEdge” bezels, the Asus Vivobook S515JA-BR401T does not lack charm. Its optimized weight of 1.8 kg and its compact format (357 x 230 mm) make it the perfect companion for studious outings. Its silver metallic finish is not embellished with any particular finish for a very refined appearance, a mark of elegance and sobriety. Note that Asus reinforces the back of the aluminum cover for more robustness and a numeric keypad is slipped on the right part, a detail that is not one for those who regularly enter numbers.

The screen also plays a decisive role in the aesthetic rendering of the ultrabook and its refined NanoEdge contours will not only increase the feeling of immersion but also allow a 15-inch panel to slide into a 14-inch chassis. This one is not very well endowed here. Its claims are even rather basic with a simple definition (1366 x 768 px) and TN-type panel resulting in narrow viewing angles which limit the readability of the screen when you are not facing the panel. Opposite, the anti-reflective treatment facilitates viewing in strong ambient light.

Well distributed, the connectors bring together most of the interfaces currently expected at this level of the range. There is an HDMI output, a microSD card reader and three USB Type-A ports, two of which are still limited by the 2.0 standard. A USB Type-C is also part of the game as well as the AC Wifi and Bluetooth 4.1 modules. There is no fingerprint reader on the menu though. 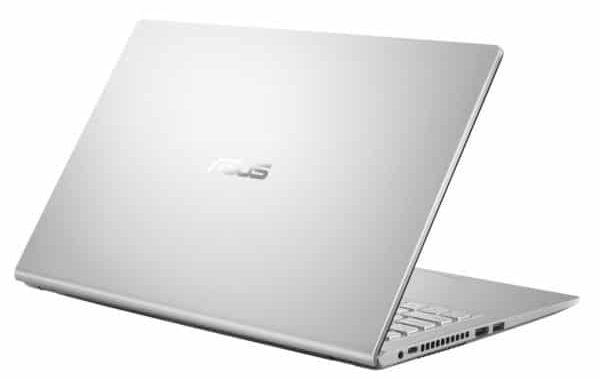 Asus VivoBook S515JA-BR401T is powered by a 10th generation Intel Core processor Core i3-1005G1 . This very recent processor has the advantage of taking advantage of a Turbo mode allowing it to seek a little more power if necessary. Be careful, we stay on a Core i3 Dual Core which is mainly intended for everyday office automation with Web browsing, Office suite, video playback, light touch-ups, etc. It’s hard to imagine performing more demanding tasks on this PC, even if the 8 GB RAM opens the way to multitasking.

Good point, the dedicated SSD storage will also directly support the system fluidity to bring a boost to the PC. Quieter, more robust and more energy efficient than a mechanical disk, it allows Windows to achieve a remarkable level of speed with short load times and a performance without latencies. What’s more, its storage capacity of 512 GB is sufficient in most cases to archive and store a few heavy videos.

The integrated graphics Intel UHD G1 is comparable to an Intel UHD 620 integrated in the processors of previous generations. It takes care of graphic tasks related to current use and can even support a few occasional games as long as they are not too demanding.

Finally, the battery life does not really follow the nomadic direction taken by the ultabook with only 4 to 5 hours reached when browsing the Internet with active Wifi. This is below the average for its category. 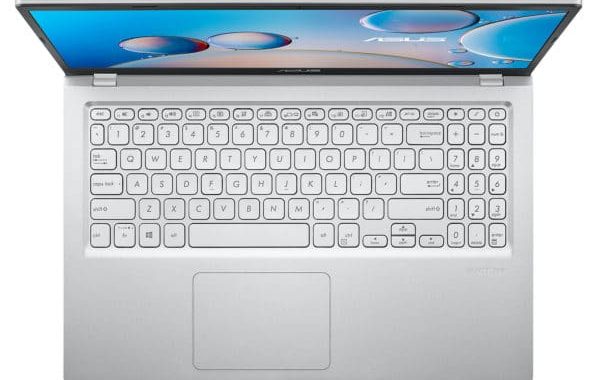