Versatile laptop PC oriented gamers and creators, the Asus TUF F15 TUF566LH-BQ085T gray / black is powerful thanks to its Comet Lake-H Quad Core i5 processor and its good amount of 16 GB RAM interesting under processing. These are accelerated by the GeForce GTX 1650 NVIDIA Turing graphics card, which can also run many games. Equipped with a 15-inch IPS Full HD anti-glare screen, this computer has fast SSD storage to enhance its responsiveness, a backlit chiclet keyboard as well as Wi-Fi ax and USB 3.1 Type-C connectivity.

It has an original and robust gamer look with its frame with angular lines with a silver aluminum shell and black interior that meets the American military resistance standard MIL-STD-810G.

The cooling of this gaming laptop PC is entrusted to HyperCool technology (adjustable via the Fan Overboost function) which relies for this on 2 fans, 2 heat pipes and Anti-Dust Cooling technology to limit dust.

In terms of connectivity, this computer geared towards gamers and creators is well equipped with its wireless Bluetooth 5 and Wi-Fi ax modules ( more recent and efficient than Wi-Fi ac ) to communicate and connect remotely, its video output Useful HDMI if you plan to connect it to a TV or monitor for example, its Ethernet and audio ports, its USB 3.1 Type-C without forgetting its 3 USBs compatible with both USB 2.0 and USB 3.0, the USB 3.0 guaranteeing transfers up to 10 times faster than USB 2.0 if USB 3.0 devices are plugged into it.

The chiclet keyboard can obviously be backlit so that we can correctly distinguish its keys in a dimly lit environment, here via an RGB solution.

The screen has significant vertical and horizontal viewing angles thanks to its IPS technology. But its colorimetry is average, below that of more high-end IPS panels. The screen lends itself in any case very well to the display of videos and more generally High Definition content thanks to its 16: 9 format and precise Full HD definition. As it is anti-reflective, the screen is also more readable than a shiny panel in a bright environment (eg outdoors).

The Asus TUF F15 TUF566LH-BQ085T may be of interest to those looking for a versatile 15-inch laptop with performance, gamer and designer orientation.

It delivers solid overall performance that will satisfy a maximum of users as it is built around a good amount of above-average 16 GB RAM as well as a Comet Lake-H Quad Core i5-10300H processor.
These components of course guarantee much faster processing than 8 GB DDR4 and a low-power Quad Core processor, particularly in areas that are greedy in RAM and CPU resources using the multicore architecture. This is for example the case in video editing, 3D rendering or photo editing.

Day-to-day responsiveness is clearly enhanced by on-board SSD storage compared to a hard drive. An SSD is indeed silent but also more energy efficient, more resistant to shocks and much faster.

Result thanks to the SSD, we benefit from much faster starts / stops, treatments and launches of software / games for example, or even a faster arrival on the cards of online games.

However, the capacity of the SSD is limited to 512 GB, which is still equivalent to the standard of hard drives. But if that turns out to be too fair, we can obviously use an external storage unit such as a USB-C / USB 3.0 device for fast transfers.
You can also add a second SSD to this PC if necessary because it offers a free M.2 slot.

Whether it is with the Intel UHD 630 graphics part housed in the Comet Lake-H Quad Core i5 or the NVIDIA Turing GeForce GTX 1650 dedicated card, it is of course possible to watch photos and videos on this powerful versatile laptop PC which benefits from NVIDIA Optimus technology. 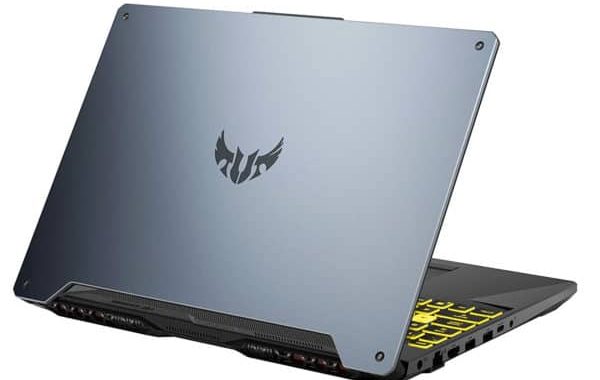 More powerful and greedy than the Intel UHD 630, the GeForce GTX 1650 is able to support many games as long as one agrees to adaptations under the titles greedy in graphic resources to offer a good playability.

The GeForce GTX 1650 also has the advantage of speeding up processing under software that takes advantage of GPU computing power, such as Adobe Photoshop / Premiere or Sony Vegas.

Finally on the autonomy side, bet on about 5 hours of battery operation in light use for this laptop which, when strongly pushed (eg: treatments, games) is heard and heats up.