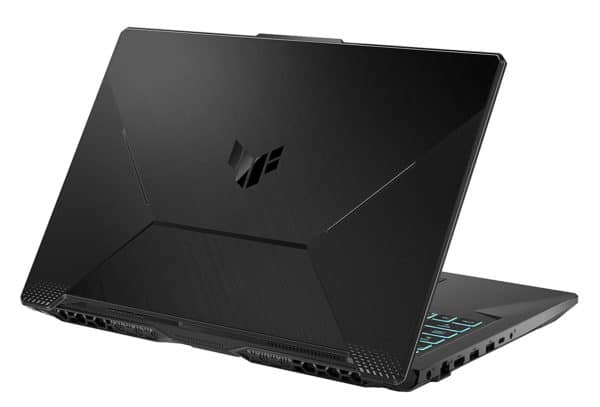 The high-performance designer-oriented Asus TUF Gaming F17 TUF706HC-HX025T gaming laptop PC integrates 16 GB of RAM coupled with an Intel Tiger Lake-H Octo Core i7 processor which accelerates processing just like the NVIDIA Ampere GeForce RTX 3050 ray tracing graphics card. to run many games. This versatile multimedia laptop enjoys enhanced responsiveness thanks to its fast SSD storage while its 17-inch IPS Full HD anti-glare display improves gaming fluidity thanks to its frequency of 144Hz. Backlit keyboard as well as Thunderbolt 4 USB-C connectivity and Wi-Fi ax are also on the program for this laptop designed to play and create. 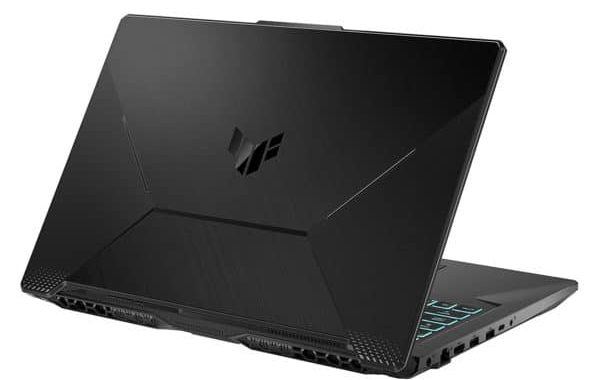 It sports a Graphite Black gamer design with its dark color with angular lines and is robust due to its compliance with the US military resistance standard MIL-STD-810G.

This creator-oriented gamer laptop designed to play and create has good connectivity with its USB 4 Type-C Thunderbolt 4 (still rare), its Bluetooth 5.0 and Wi-Fi ax modules ( more recent and efficient than Wi-Fi ac ) to communicate and connect wirelessly, its useful HDMI video output to easily connect it to a TV and / or monitor for example, its Ethernet and audio ports or even its 3 USB 3.0 (USB 2.0 compatible) ensuring transfers are up to 10 times faster than USB 2.0 if a USB 3.0 device is plugged into it.

The chiclet keyboard can be backlit, which is very practical to better distinguish its keys in a dimly lit environment. 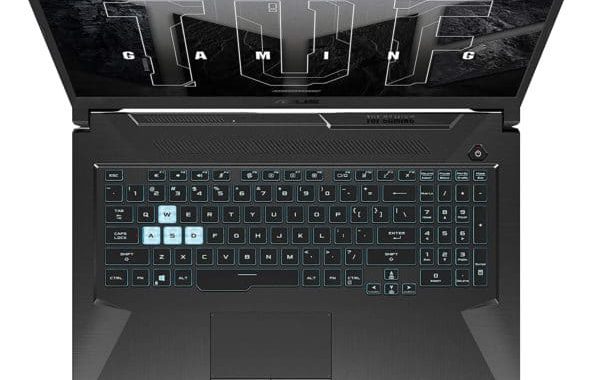 Gamers will appreciate that the screen adopts a 144Hz refresh rate as it improves smoothness in games over the standard 60Hz. Thanks to its IPS technology, the screen has large vertical and horizontal viewing angles. On the other hand, its colorimetry is average, below that of more high-end IPS panels. The screen is also very suitable for displaying High Definition content such as videos due to its Full HD definition and its 16: 9 format. As it is anti-reflective, the screen also offers better visibility in a bright environment (eg outdoors) than a shiny panel while being more restful for the eyes in prolonged use.

The Asus TUF Gaming F17 TUF706HC-HX025T targets those looking for a versatile 17-inch laptop that performs well with a creative and gaming focus.

It is driven by an Intel Tiger Lake-H Octo Core i7-11800H processor associated with 16 GB of RAM, a core built around an Intel HM570 chipset that delivers solid overall performance able to satisfy demanding users, including players and creators.

The latter will be particularly delighted to obtain much faster processing than with a Quad / Hexa Core processor and 8 GB DDR4. The difference is particularly noticeable under CPU and RAM resource intensive work taking advantage of multicore, such as photo editing, video editing or 3D rendering.

Software exploiting GPU computing power is also accelerated by the GeForce RTX 3050, which is the case for example with Adobe Photoshop / Premiere or Sony Vegas, which will be appreciated by creatives.

Gamers will also be interested in the GeForce RTX 3050 ray tracing, NVIDIA Ampere graphics card, because it is capable of running many games as long as you agree to settings under titles requiring graphics resources to obtain good gameplay. .

Depending on the tasks performed, NVIDIA Optimus technology switches automatically and in real time between the GeForce RTX 3050 and the Intel Iris Xe solution housed within the Octo Core i7 Tiger Lake-H.

Optimus uses the Iris Xe as much as possible despite its very modest benefits because it uses little energy and therefore promotes battery life.
In this area, expect about 5 hours of battery operation in light use.

The GeForce RTX 3050 is in practice activated by Optimus to perform graphics processing deemed too heavy for the Intel Iris Xe. With one or the other, it is of course possible to view photos and videos.

SSD storage clearly enhances responsiveness and fluidity on a daily basis compared to a simple hard drive. Because an SSD is silent while being more resistant to shocks, more energy efficient and much faster.

In practice, thanks to the SSD, we benefit from much faster starts / stops, processing and launches of games / software, or even faster arrival on the cards of online games. 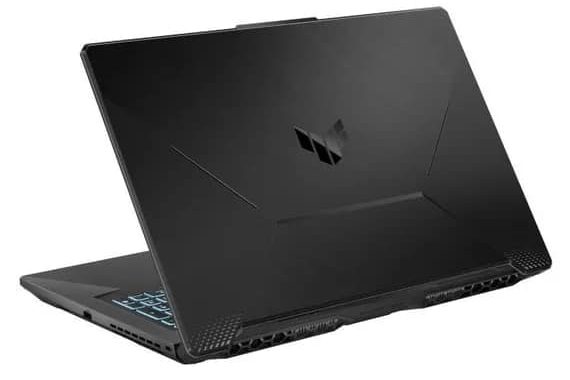 If the 512 GB offered by the SSD (which is equivalent to the standard for hard drives) prove to be insufficient, we can always rely on an external storage unit such as a USB-C / Thunderbolt / USB 3.0 device to obtain fast transfers.

Finally when it is strongly pushed (eg processing, games), this versatile multimedia laptop designed to play and create is heard while it heats up certainly but at a controlled level.