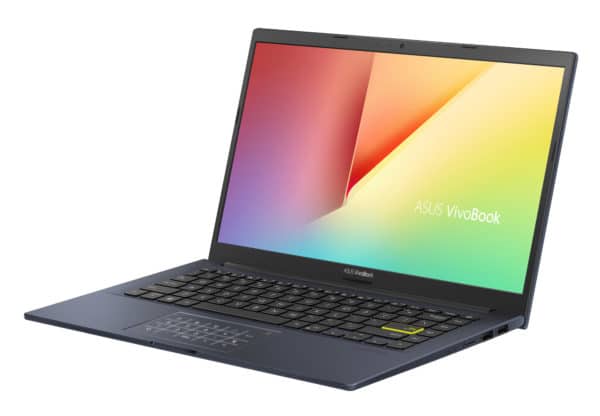 A sober thin and light ultrabook , the Asus VivoBook S14 S413EA-EB091T with a 14-inch IPS Full HD anti-glare screen is designed for everyday general-purpose use. It is based on an Intel Tiger Lake Quad Core i7-1165G7 processor with Iris Xe graphics solution for good performance in everyday use and the ability to support games that are not too greedy. Its responsiveness is enhanced by its fast SSD hybrid storage Intel Optane and it benefits from a backlit chiclet keyboard accompanied by a NumPad numeric keypad module as well as Wi-Fi ax connectivity but skips the USB 4 Type-C Thunderbolt 4. 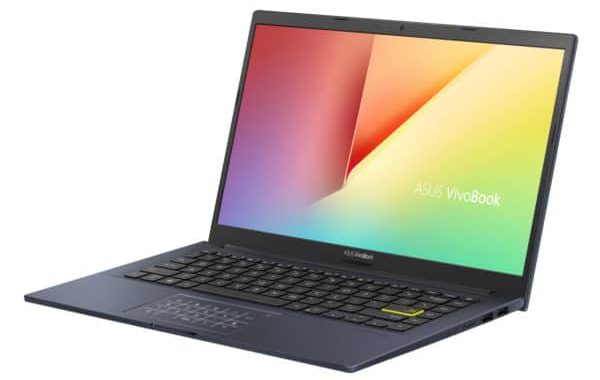 This Ultrabook sports a very discreet appearance with its thin and light Indie Black black / anthracite chassis cooled by 2 fans.

This Ultrabook has a good connection made up of Wi-Fi ax modules ( more recent and efficient than Wi-Fi ac ) and Bluetooth 5.0 for wireless remote connections and communications, a practical HDMI video output in order to connect it easily to a TV or monitor for example, an audio port as well as 3 USBs all compatible with USB 2.0 and USB 3.0, USB 3.0 guaranteeing transfers taking place up to 10 times faster than USB 2.0 if a USB 3.0 device is connected to it.
On the other hand, for its S413EA series, Asus does not exploit the possibility of offering a USB 4 Type-C Thunderbolt 4 port while this standard is natively supported by the Tiger Lake processor.

In any case, many people will appreciate being able to backlight the keys to clearly distinguish them when the ambient light is reduced.

Those who regularly enter numbers will also appreciate being able to engage NumberPad 2.0 (NumPad) technology at the touchpad when needed. And this while laptops smaller than 15 inches, like this one, do not have the place to accommodate a physical number pad on the right. 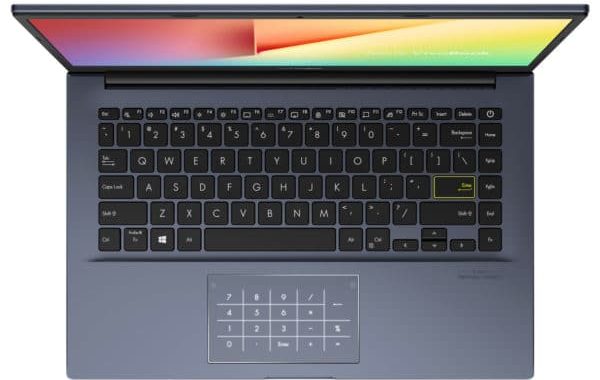 With its IPS technology, the screen displays significant viewing angles, both vertically and horizontally, but an average colorimetry, lower than that offered by more high-end IPS panels. In any case, it is very well suited to High Definition content such as videos with its precise Full HD definition and its 16: 9 format. As it is anti-reflective, the screen is also more readable than a shiny panel in a bright environment (eg outdoors).

The Asus VivoBook S14 S413EA-EB091T is a compact 14-inch High Definition laptop for everyday general-purpose use.

It is indeed built around 8 GB of RAM and a low-consumption Tiger Lake i7-1165G7 Quad Core processor. However, the general performance provided by these components is able to satisfy many users.

But not for those who often need to perform CPU intensive work, and who will benefit from opting instead for a PC based on a non-low consumption processor.

In addition, this Ultrabook does not embed a dedicated graphics card. Despite everything, it allows you to watch photos and videos but also to run games that are not too greedy thanks to the Intel Iris Xe graphics part that we tested , and which is significantly more efficient than the standard UHD 620 of Intel processors.

On the storage side, Asus has chosen here a hybrid solution Intel Optane H10 tested by us and which combines an SSD with a 32 GB Optane part.
The latter cannot be used for storage unlike the SSD whose capacity of 512 GB rivals with standard hard disks.

Of course, if you need more space, you can rely on an external storage unit such as a USB-C / USB 3 device to benefit from fast transfers.

The contribution of Optane is insignificant when it is coupled to an SSD while it is important when it is associated with a hard drive. 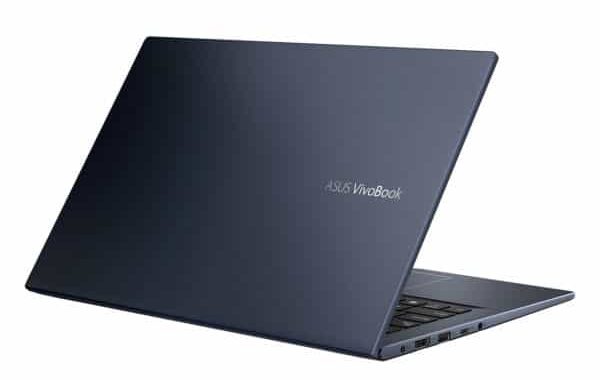 The fact remains that here, thanks to storage, we benefit from much greater responsiveness and fluidity on a daily basis than with a simple hard drive. An SSD is indeed much faster than a hard drive but also more resistant to shocks, less energy and silent.

Concretely thanks to the SSD, one obtains for example launches of applications / games, treatments and starts / stops much faster than with a hard disk, or even a faster arrival on the maps of online games.

As for autonomy, bet on about 6 hours of battery operation in light use for this Ultrabook whose compactness, finesse and weight content facilitate transport.