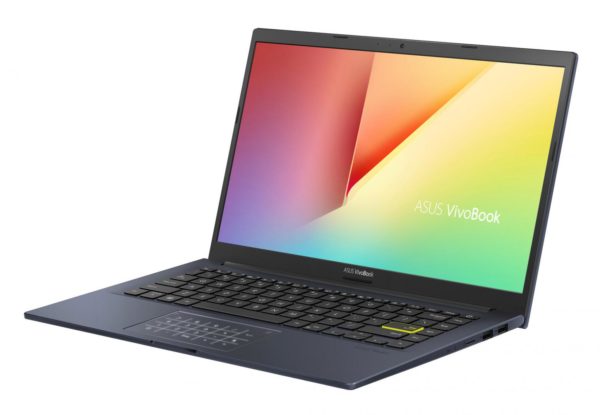 Clever with its tactile numeric keypad on the touchpad (NumPad), the Asus Vivobook S413DA-EB419T is a mobile companion for all office automation and multitasking enthusiasts. If it seduces first of all with its neat design with borderless screen, its capabilities are not left out with its Ryzen 5 Quad Core / Vega 8 which will meet the majority of users looking for a multimedia ultrabook. The system is fast thanks to the RAM in good quantity (16 GB) and fast SSD storage (512 GB) and its Full HD IPS screen ensures a satisfactory rendering. On the other hand, the battery life does not exceed 6 hours and it will be necessary to be careful when transporting. 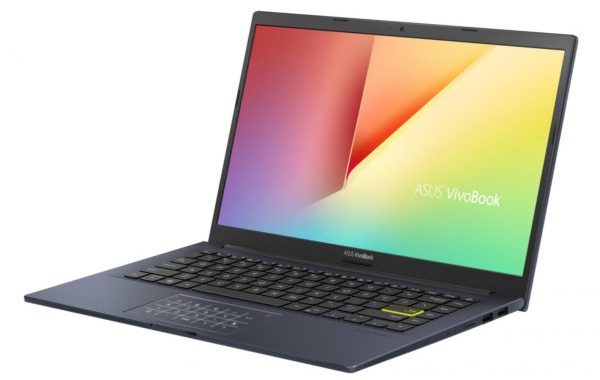 Specifications of the Asus VivoBook S413DA-EB419T

With Asus VivoBook S413DA-EB419T takes its chassis from its predecessor (S412DA) by changing the aesthetics. From a conventional silver, we go to a darker color called “Bespoke Black” but which actually tends towards blue / dark gray . It’s elegant, but Asus was keen to add a colorful touch to the opening with the Enter key framed in bright yellow. “ Say ‘Yellow!’ To the world, ” Asus would say.

Its weight has been significantly reduced to reach 1.4 kg and, added to its compact size (325 x 215 mm), this makes it the perfect little companion for studious outings. However, we have already seen thinner on this type of ultrabook (19 mm) but for entry level, it is well optimized. Note that Asus reinforces the back of the aluminum cover for more robustness but that the rest of the case is made of polycarbonate (plastic), like the majority of laptops at this level. Regarding the keyboard, it does not seem that the model concerned here does not have a backlighting system.

The screen also plays a decisive role in the appearance of the ultrabook and its refined NanoEdge contours will not only increase the feeling of immersion but also allow a 14-inch panel to slide into a 13-inch chassis. It benefits from a Full HD definition (1920 x 1080 px) which provides a healthy display density for viewing High Definition content in the best conditions. On the other hand, the IPS panel will open up the viewing angles and faithfully reproduce the colors while the matt treatment of the panel acts as a barrier to reflections associated with use in high ambient light. A plus for comfort.

Another welcome feature on this VivoBook, the Number Pad presented here in version 2.0 . Its principle is to display a virtual numeric keypad in highlighted (retro LED) on the touchpad following a pressure in its upper right corner. Asus announces that it will provide even faster input in version 2.0.

Well distributed, the connections bring together most of the interfaces currently expected at this level of the range. There is an HDMI output, a microSD card reader as well as two USB 2.0 ports, a USB 3.1 port and a USB Type-C , which is one more USB port than on the S412DA. On this model, no biometric connection possibility (Windows Hello) and connectivity is entrusted to Wifi ac and Bluetooth 4.1. 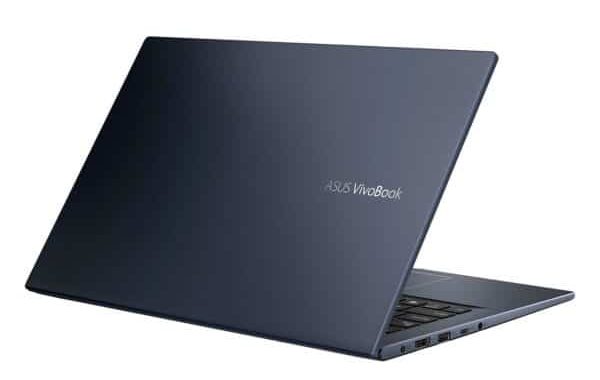 Let’s continue with the very heart of the VivoBook symbolized by the low-power AMD Quad Core Ryzen 5 3500U processor . It approaches the level of an Intel Core i5 Quad Core (i5-8265U / i5-10210U). In fact, everyday usage is perfectly supported and you can even tackle photo editing, video editing, and light computing missions without too much shaking.

Especially since the APU is supported by 16 GB of RAM , a total higher than the standard which allows to navigate with great fluidity in multitasking.

The graphics part is managed by the AMD Radeon Vega 8 chipset integrated into the processor, namely that it holds the upper hand to the Intel UHD 620 chip of the Intel Comet Lake GPUs (10th Gen). While the latter is similar to a GeForce MX110 in terms of performance, the Vega 8 will approach a GeForce MX130 and allow a little game in definition and medium details (1600 x 900 px).

Another more fundamental element, the storage is entrusted to a 512 GB NVMe PCIe SSD . This significantly enhances the overall responsiveness of the system on a daily basis. Based on a PCIe interface faster than SATA3, the SSD ensures shortened load times, almost instant Windows launch and very fast file copies. What is more, its capacity is quite honest and can accommodate a good part of your game library.

Finally, know that Asus has slightly reinforced the battery of its little VivoBook but its 42 Whr will not be able to take you very far. Count on barely 5 to 6 hours of Internet browsing with active Wi-Fi. 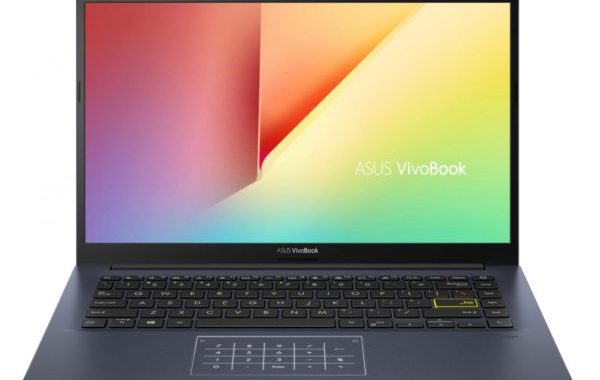