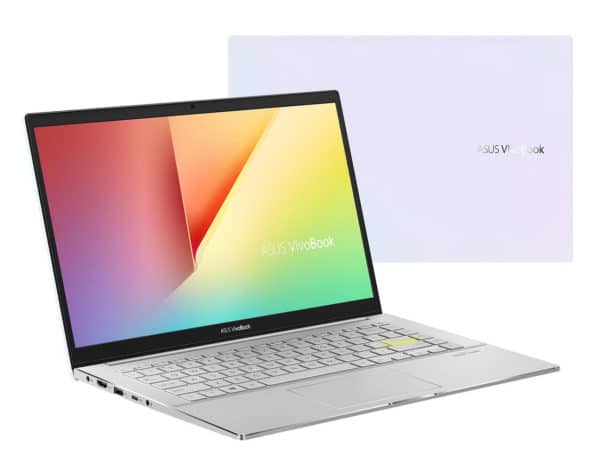 Thin and light versatile laptop, the Asus Vivobook S433IA-EB363T with 14-inch Full HD IPS anti-glare screen takes advantage of fast SSD storage with a large capacity of 1 TB but also a good amount of RAM. It is coupled with the AMD Renoir Octo Core Ryzen 7 processor to offer good performance and allow you to play low-consumption titles thanks to the Radeon Vega 7 graphics solution. This elegant PC also features a backlit chiclet keyboard as well as ” a Wi-Fi ax and USB 3.1 Type-C connection. This computer is offered in a pack with the Microsoft 365 Home office suite (Office 365 Home). 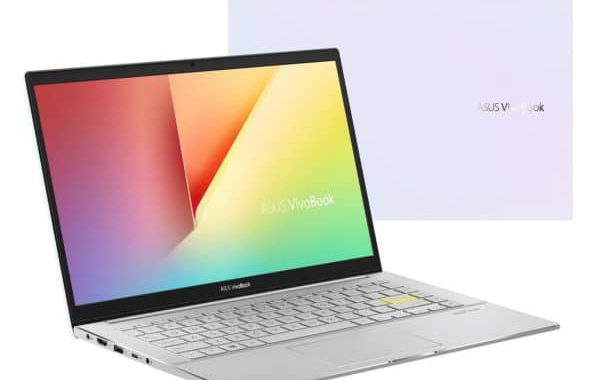 The Asus Vivobook S433IA-EB363T against the competition

The Asus Vivobook S433IA-EB363T is currently available in a pack with Microsoft 365 from Amazon and is positioned as one of the few in its category to benefit from such a powerful processor and graphics solution (Octo Core) but also with such a large amount of RAM and such a large capacity SSD. 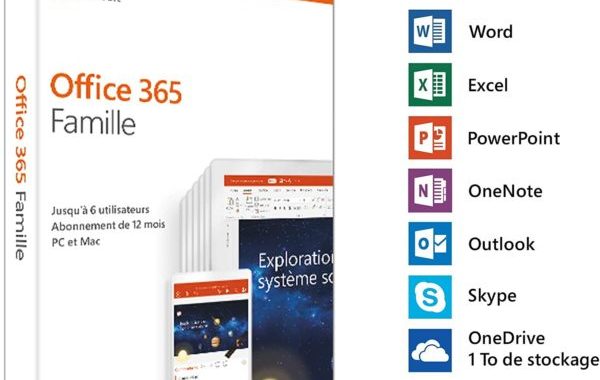 In addition, it is supplied as a pack with Microsoft 365 Home , formerly Office 365 Home, the Premium version of the Office office suite including in particular Word, Excel, PowerPoint, OneNote, Outlook, 1 TB of OneDrive online storage per user 60 minutes of Skype call per month and per user.

Rechargeable to 60% in 49 minutes, it sports an elegant and discreet design with its white Dreamy White frame with reflections.

The connectivity integrated into this laptop PC is good, including Bluetooth 5.0 and Wi-Fi ax modules ( more recent and efficient than Wi-Fi ac ) to communicate and connect remotely wirelessly, 1 USB 3.1 Type-C, a practical HDMI video output to easily connect this computer to a TV or a monitor, for example, an audio port as well as 3 USB compatible USB 2.0 and USB 3.0, USB 3.0 guaranteeing transfers taking place up to 10 times faster than USB 2.0 if you plug in a USB 3.0 device.

The chiclet keyboard can be backlit which is very practical for distinguishing its keys in a dimly lit environment.

Thanks to its IPS technology, the screen has large vertical and horizontal viewing angles while displaying colors more faithful than the average. It is also very well suited to High Definition content such as videos due to its precise Full HD definition and its 16: 9 format. Anti-reflective coating, the screen also offers better visibility in bright environments (eg outdoors) than a shiny panel.

The Asus Vivobook S433IA-EB363T is a compact High Definition laptop computer designed for everyday general-purpose use.

It benefits from an SSD storage which clearly reinforces the reactivity of the PC on a daily basis compared to a hard drive. An SSD is indeed silent while being more energy efficient, more robust and much faster.
In addition here, we benefit from an SSD with a large capacity of 1 TB easily competing with hard disks.

Concretely thanks to the SSD, this thin and light laptop is much more fluid and responsive than if it were equipped with a simple hard drive. We therefore take advantage, for example, of software launches, starts / stops and much faster processing, or even faster arrival on the cards of online games.

Because it is possible to play titles which consume little graphics resources with this PC although it does not have a dedicated graphics card. This is because the Radeon Vega 7 graphics part integrated into the processor is close to an entry-level GPU, and significantly more powerful than the UHD 620 of Intel processors. 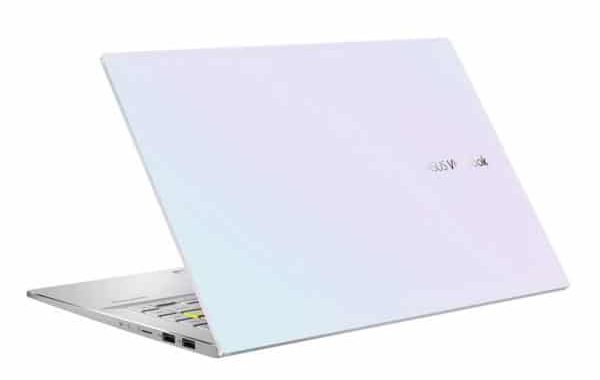 We can of course also watch photos and videos with this powerful laptop thanks to its good amount of RAM of 16 GB above the average appreciable in multitasking and which allows to see well ahead. But also its Octo Core processor, an AMD APU (Accelerated Processing Unit) Ryzen 7 4700U Renoir low consumption.

Under applications taking advantage of multicore, the Ryzen 7 4700U Octo Core is appreciable but of course less powerful than a non-low consumption multicore.

Finally with regard to autonomy, this computer whose transport is facilitated by the lightness, the compactness and the smoothness, bet on approximately 7 hours of operation on battery in light use.