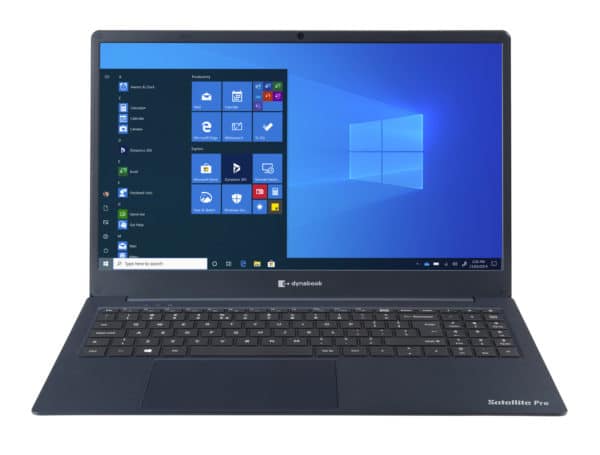 Thin and light, the Dynabook Satellite Pro C50-G-10K laptop PC designed for everyday use runs Windows 10 Pro with USB-C connectivity and fast SSD storage which enhances its responsiveness. This discrete Ultrabook is based on 8 GB of RAM as well as a Core i3 Intel Comet Lake processor. 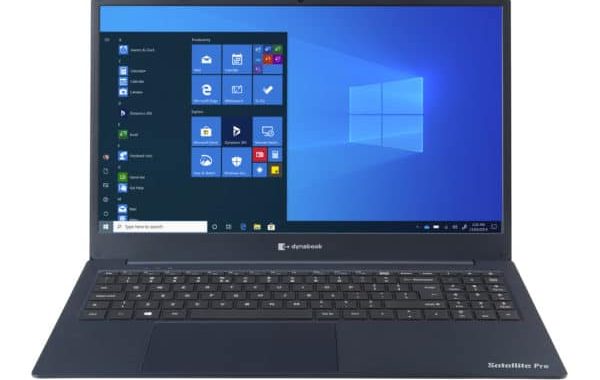 With its thin and light Dark Blue dark blue design, this laptop has a discreet yet original look.

It runs on Windows 10 Pro, a more complete system than classic Windows 10 with its advanced network management and security tools such as BitLocker.

The connection integrated into this laptop PC is good, consisting of 1 USB-C, a practical HDMI video output for easy connection to a TV or monitor for example, wireless Wi-Fi ac and Bluetooth 5.0 modules. for remote connections and communications, Ethernet and audio ports as well as 2 USB 3.0 (USB 2.0 compatible) guaranteeing transfers up to 10 times faster than USB 2.0 if a peripheral is plugged in USB 3.0. 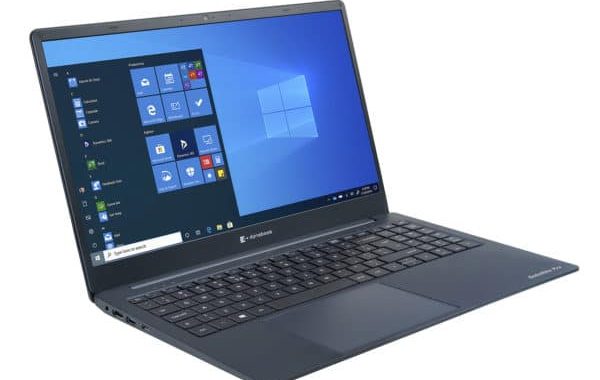 Many will appreciate that the screen is adorned with IPS technology because it involves significant viewing angles, both horizontal and vertical. In addition, the screen lends itself well to the display of High Definition content, including videos, because it adopts a precise Full HD definition associated with a 16: 9 format. As it is anti-reflective, the screen is also more readable in a bright environment (eg outside) than a shiny panel.

The Dynabook Satellite Pro C50-G-10K is a thin and light 15-inch High Definition laptop designed for everyday use on the go.

The performance it delivers in this area, such as in office automation and surfing the Internet, is good because it is built around a good amount of 8 GB RAM, which is very appreciable in multitasking, as well as a low-power Intel Core i3 processor. -10110U Comet Lake.

Like the AMD Ryzen 3 (and less powerful processors of course), the Core i3 shows its limits in applications that are greedy in processor resources.

The Core i3-10110U integrates the Intel UHD 620 graphics part. Modest, it is not suitable for heavy graphics work such as games. But thanks to it, you can still watch photos and videos.

Storage is for its part entrusted to an SSD which has the advantage of being silent but also less energy consuming than a hard drive, more robust and much faster.

In practice, the SSD guarantees much better fluidity and responsiveness to use than a hard drive. Thanks to the SSD, we obtain in particular much faster starts / stops as well as application launches. 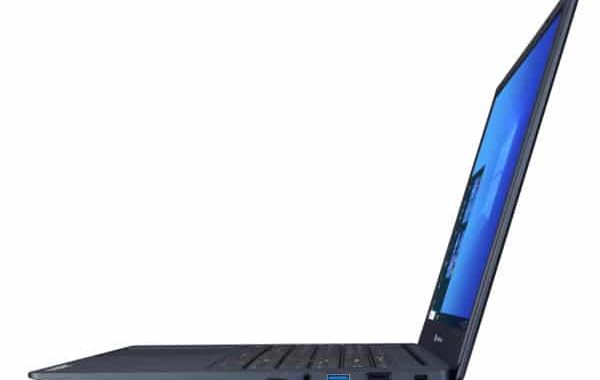 Here we are dealing with a 256 GB SSD, sufficient to accommodate light and / or few software / files. But this capacity is half of what standard hard drives offer.

That being said, if you need more space, it is possible to use an external storage unit such as a USB-C / USB 3.0 device for fast transfers.

As for autonomy, expect about 7 hours of battery operation in light use for this Ultrabook whose thinness and weight content facilitate transport.

More from DynabookMore posts in Dynabook »