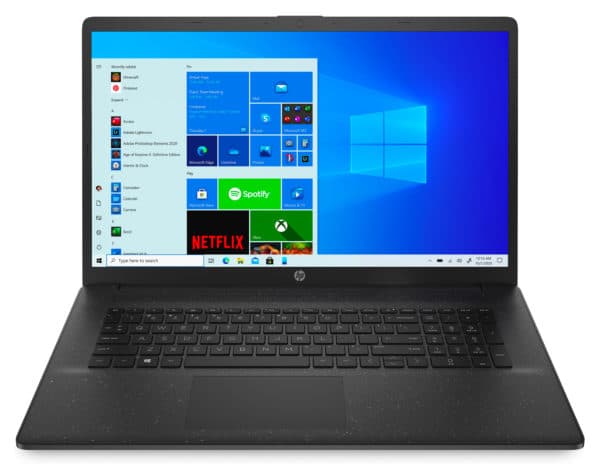 Discreet with its black color, the versatile thin and light laptop HP 17-cn0462nf is equipped for High Definition with its 17-inch IPS Full HD anti-glare screen. In addition, this Ultrabook benefits from USB-C connectivity and is suitable for common use with its 8 GB of RAM and its Intel Tiger Lake Core i3 processor with Intel G4 graphics solution capable of supporting light games. 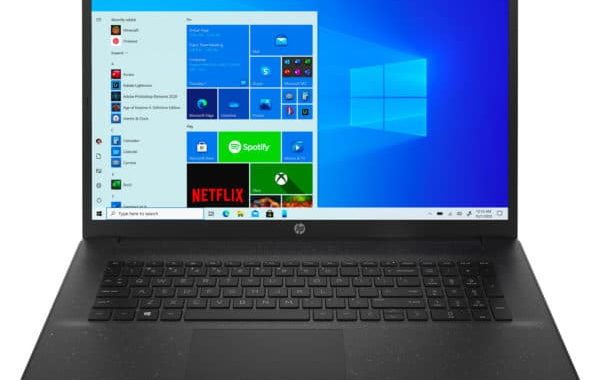 With its thin and light jet black design, this laptop sports a discreet look.

It is equipped with good connectivity with its USB-C, its convenient HDMI video output to easily connect it to a monitor or TV for example, its Wi-Fi ac and Bluetooth 5 wireless modules for remote connections and communications, its Ethernet and audio ports or its 3 USB, USB 3.0 (USB 2.0 compatible) guaranteeing transfers up to 10 times faster than USB 2.0 if you connect USB devices 3.0. 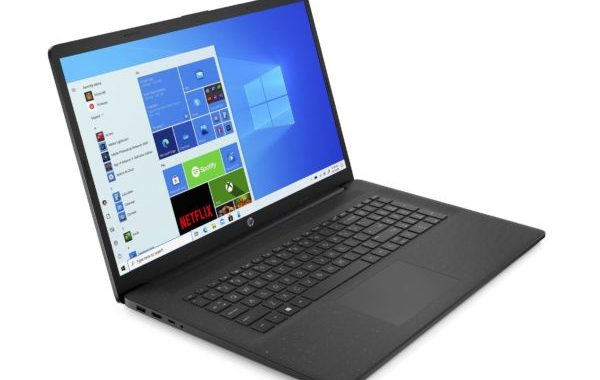 Fans of videos and more generally of High Definition content will particularly appreciate the screen because it is adorned with a 16/9th format associated with a precise Full HD definition higher than the 1600×900 standard. In addition, thanks to its IPS technology, the screen benefits from significant viewing angles, both horizontal and vertical. On the other hand and logically with regard to the positioning of this PC, the colorimetry here is average, lower than that of more high-end IPS panels. Thanks to its anti-reflective treatment, the screen is in any case less tiring for the eyes over a long period of time than a shiny slab and more readable in bright environments (eg outside).

The HP 17-cn0462nf is a relatively thin and lightweight 17-inch laptop intended for everyday versatile use.

It benefits from SSD storage that rivals the standard of hard drives in terms of capacity with its 512 GB while being silent, less energy-consuming, more robust and much faster.

Concretely thanks to the SSD, we obtain a much better fluidity and responsiveness than a simple hard disk. This implies, for example, much faster starts/stops as well as application launches or a faster arrival on the maps of online games.

You can run light games on this discreet black laptop thanks to the Intel G4 graphics solution. Integrated into the processor, the Intel G4 is indeed more powerful than the classic Intel UHD 620.

It is therefore also of course possible to watch photos and videos with this Ultrabook based on a good amount of RAM of 8 GB as well as a Core i3-1115G4 Processor Intel low consumption Tiger Lake, the latter housing the Intel Iris Xe.

The performance provided by this core in common use, such as surfing the Internet and office automation, is good. The Core i3, however, reveals its limitations under CPU-intensive software, like the AMD Ryzen 3 and obviously less powerful processors. 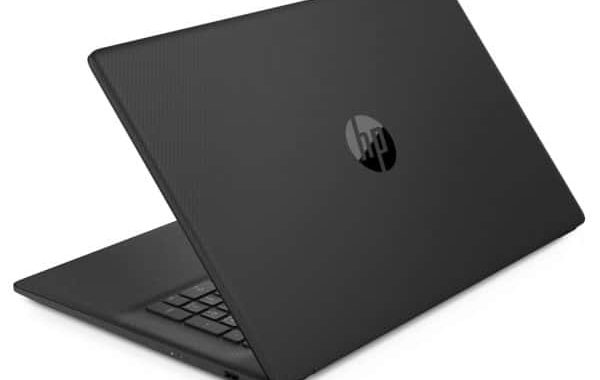 In the event that the 512 GB offered here is too fair, we can of course use an external storage unit such as a USB-C / USB 3.0 device to enjoy fast transfers.

For a 17-inch, this computer sees its transport facilitated by its finesse and its controlled weight. Its large format, which is however not the most easily transportable, is in any case comfortable in the context of a mostly sedentary use (eg at home).
As for the autonomy, bet on about 7 hours on battery in light use.