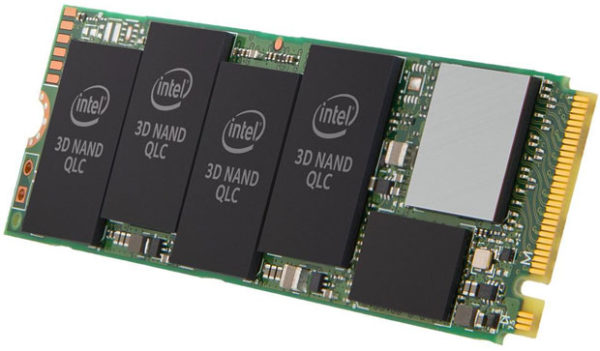 Guaranteed 5 years, it has a MTBF of 1.6 million hours and benefits from a 256 bit AES encryption solution.

In addition, it incorporates a 256 MB DDR3 memory and a single-level (1-bit) SLC cache portion that uses part of the QLC as SLC memory to increase throughput. 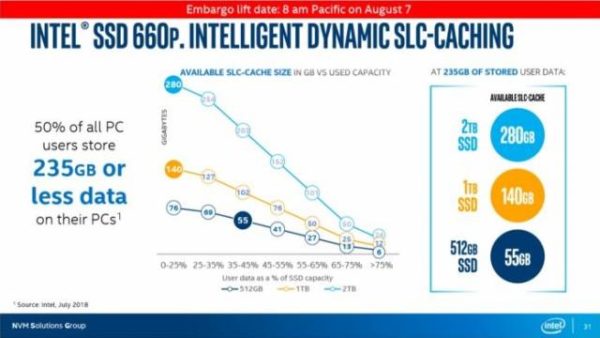 This SLC cache will dynamically adjust based on available space on the SSD.

Here are the announced performances of the Intel SSD 660p according to its capacity:

More from IntelMore posts in Intel »