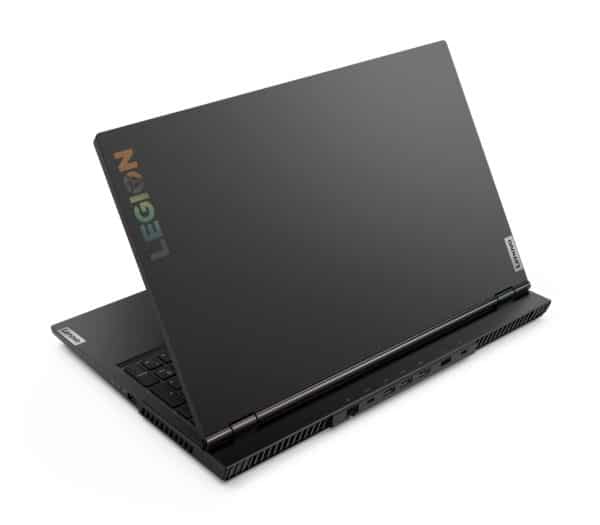 The Lenovo Legion 5 15IMH05H (81Y6000QFR) is a creative-oriented gaming laptop with the GeForce GTX 1660 Ti NVIDIA Turing graphics card to run maximum games and speed up processing. These are reinforced by the fast SSD storage which brings great responsiveness while the 15-inch IPS Full HD screen adopts a 120Hz frequency which improves fluidity in games. Equipped with a Quad Core i5 Comet Lake-H processor, this PC is powerful and benefits from a backlit chiclet keyboard but also a connector including 4 USB and 1 USB 3.1 Type-C but also Wi-Fi ax . Side battery life, we can count on 7 hours. 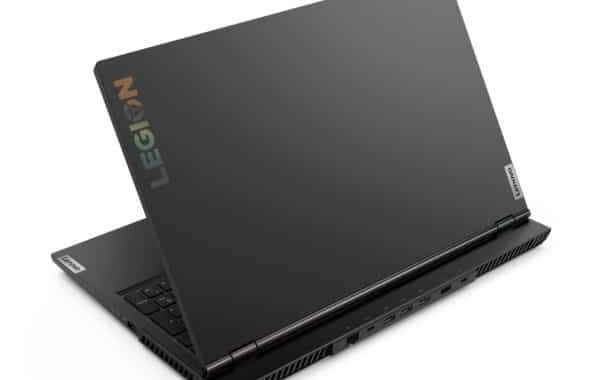 It sports a resolutely gamer design with its black frame with angular Phantom Black lines on the screen advanced towards the keyboard while the connectors are mainly positioned at the back.

This PC is cooled by 2 fans, heat pipes and vents to evacuate heat from the back, sides and below.

In terms of connectivity, this gaming computer is well equipped with its USB 3.1 Type-C, its wireless Bluetooth 5.0 and Wi-Fi ax modules ( more recent and efficient than Wi-Fi ac ) to communicate and connect remotely, its practical HDMI video output for easy connection to a TV or monitor for example, its Ethernet and audio ports or even its 4 USB 3.0 (instead of 3 maximum usually, USB 2.0 compatible) guaranteeing transfers made up to 10 times more faster than USB 2.0 if you plug in USB 3.0 peripherals.

To better distinguish the keys in a dimly lit environment, the keyboard is adorned with a backlighting system, here of the 4-zone RGB type. 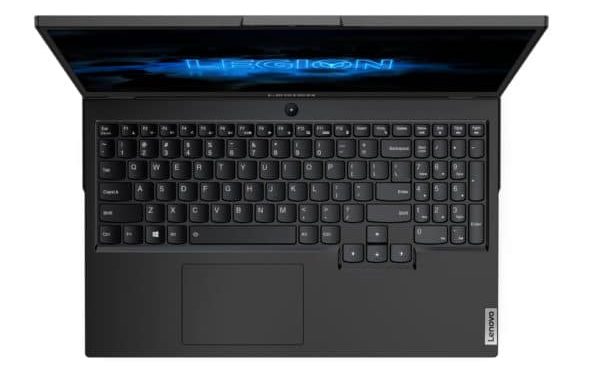 The screen has large horizontal and vertical viewing angles thanks to its IPS technology which is however inferior to high-end IPS because its colorimetry is average. As it adopts a precise Full HD definition and a 16: 9 aspect ratio, the screen lends itself well to the display of High Definition content such as videos. Its anti-reflective treatment also makes it more readable than a shiny panel in a bright environment (eg outdoors). To appeal to gamers, the screen is adorned with a 120Hz refresh rate which improves fluidity in games compared to the 60Hz standard.

The Lenovo Legion 5 15IMH05H (81Y6000QFR) is for those looking for a versatile 15-inch laptop with performance, gamer and designer focus.

They will appreciate that the processing is accelerated under software that takes advantage of GPU computing power, such as Sony Vegas or Adobe Premiere / Photoshop, because this computer benefits from the dedicated NVIDIA Turing GeForce GTX 1660 Ti graphics card.

Whether with the Intel UHD 630 graphics solution housed within the processor or the dedicated GeForce GTX 1660 Ti card, you can obviously watch photos and videos on this laptop which benefits from NVIDIA Optimus technology.

Optimus switches in practice automatically and in real time between the Intel UHD 630 and the GeForce GTX 1660 Ti, depending on the tasks performed. It favors the first as much as possible despite its modest performance because its low energy consumption favors battery life compared to the GeForce GTX 1660 Ti.

More powerful and greedy than the Intel UHD 630, the GeForce GTX 1660 Ti is able to run a maximum of games as long as we make settings under the most demanding games in graphics resources to obtain good fluidity .

To improve fluidity and responsiveness in games and under processing, Lenovo integrates SSD storage into this PC. As a reminder, an SSD is silent while being less energy intensive, more robust and much faster than a hard drive.

As a result, thanks to the SSD, we benefit for example from much faster starts / stops, processing and launches of games / software, or even faster arrival on the cards of online games.

Here the SSD offers a capacity of 512 GB similar to the standard of hard drives. But that may be too fair for some. However, there are several options in this case. A 2.5-inch slot is indeed free to add a second SSD or a hard drive. And we can rely on an external storage unit. Favoring a USB 3.0 / USB-C device then represents an interesting solution to obtain fast transfers. 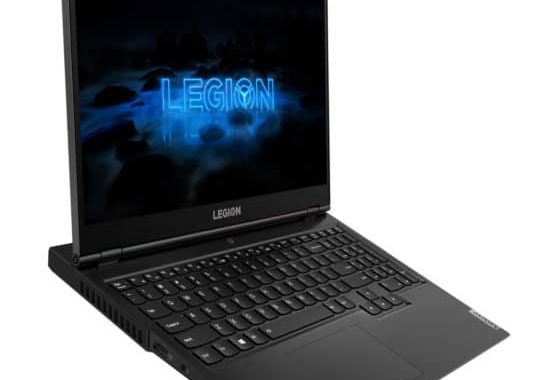 The core of this computer supports the GTX 1660 Ti well in gaming and delivers good overall performance that can satisfy many users. It is in fact built around an Intel HM470 chipset, a Quad Core i5-10300H Comet Lake-H processor and 8 GB of RAM.
The Quad Core i5-10300H, for example, provides much faster processing than a low-power Quad Core processor for CPU-intensive work using multicore, such as photo editing, video editing or 3D rendering.

Finally in terms of battery life, bet on about 7 hours of battery operation in light use for this computer with controlled weight just like the heating for this type of PC but which is noisy when it is heavily used (ex: games, treatments).