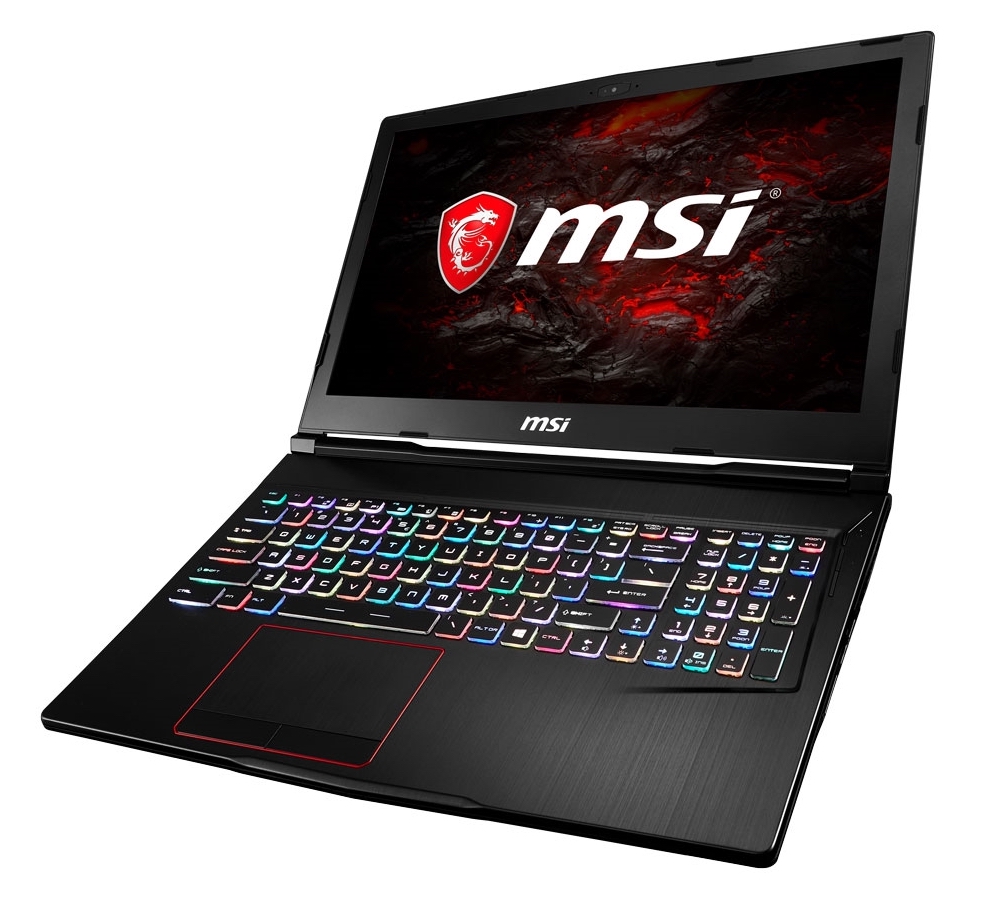 Let’s start the week with a test of the MSI GE63VR 7RF Raider, a 15-inch laptop designed for the game with its striking screen, RGB keyboard and rugged shell.

Here are the technical Specs of the tested model:

MSI convenes aluminum to surround its Raider GE63VR 7RF, which gives it good resistance to pressure but weighs a little on the scale with 2.2 kg. The lid can be opened easily with one hand and is undistorted.

Generous, the connectivity combines an RJ-45 port, two HDMI video outputs and Mini DisplayPort, a USB 3.1 Type-C and one of three USB 3.0 Type-A on the left, accompanied by two 3.5 mm audio jacks . On the other side are the other two USB 3.0 Type-A ports as well as the SD card reader.

MSI does not have a maintenance hatch, but it is relatively simple to dismantle the underside of the chassis. Just unscrew the 11 visible screws and unclip the shell with a small fine tool. You have access to all components, including the two RAM slots and the two M.2 NVMe PCIe storage arrays configurable in RAID 0.

The keyboard is managed by SteelSeries and backlit RGB by key. The typing is sharp and fast for a quality tactile experience. The touchpad is pretty good. It supports Microsoft Precision and Synaptics drivers. It also has dedicated mouse buttons, separated from the touch area.

The screen is similar to that installed on the MSI GS63VR 7RF Stealth Pro, a Chi Mei N156HHE-GA1 Full HD slab (1920 x 1080 px) 120 Hz mate. It is a TN panel so the viewing angles are not stable, but the colorimetry is better than expected with the entire sRGB space covered and a Delta E less than 4. It is very rare have a colorimetry as well respected on a TN slab. Brightness and contrast are also very good (351 nits, 1280: 1). What\’s more, flickering dynamic brightness (PWM) is never a problem.

Built around a Kaby Lake i7 Quad Core, 16GB of RAM and 1.2TB hybrid storage, the tested model provides a very solid and approved foundation for versatility and game play. supported, to the most demanding 3D rendering, and the fluidity is with the RAM and the SSD in support.

The graphic part entrusted to the GeForce GTX 1070 also does not meet any real limit in Full HD. Demanding players will be able to enjoy all the titles of the market with an excellent level of FPS and Ultra details.

MSI has managed to optimize its cooling system for performance. Thus, the CPU and GPU never really suffer from heat, even in the extreme test phase (a case never met in practice). Of course, it will be necessary to deal with a noise accordingly, especially if you press the key in direct access on the keyboard to boost ventilation during long phases of play The surfaces are hot but not burning thanks to the efficient circuit of heatpipes. The space where the palms rest is comfortable.

The autonomy is clearly not the strong point of this MSI GE63VR 7RF Raider since it will not take more than 3:45 before succumbing to Web browsing under Wifi and the profile “energy saving” activated. In game, the 120 Hz screen pumps all its energy in just one hour.