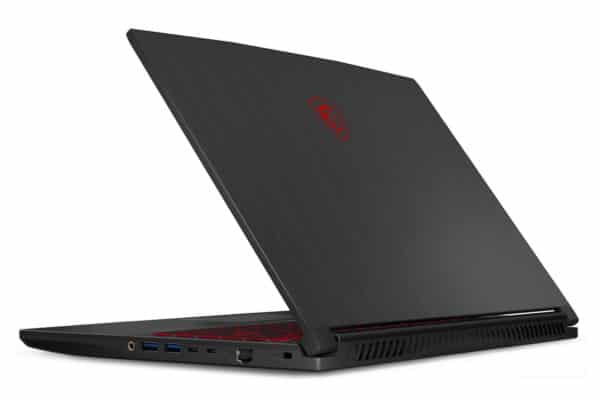 Sober and elegant ultrabook gamer, the MSI GF65 10UE-041XFR Thin black is capable of running recent games thanks to its high-end NVIDIA Ampere GeForce RTX 3060 Max-Q ray tracing graphics card which also accelerates multimedia processing as well as the processor Intel Hexa Core i7 Comet Lake-H and the right amount of 16GB RAM, performance duo. Supplied without Windows, this thin and light laptop PC designed to play and create is equipped with a 15-inch IPS Full HD anti-glare screen with frequency of 144Hz which improves fluidity in games but also fast SSD storage, a backlit chiclet keyboard as well as a Wi-Fi ax and USB-C connection.

It sports a relatively elegant and discreet design for a gaming laptop PC which it nevertheless takes up the codes with its black brushed metal finish and touches of red.

To use the full power of this computer, it is necessary to install a complete system such as a Linux or Windows distribution.

For example, we can take advantage of NVIDIA Optimus technology which determines in real time the graphics needs according to the tasks performed by the user. When necessary, Optimus switches automatically and in real time between the graphics solution integrated in the processor and the dedicated graphics card.

The first is preferred as much as possible by Optimus despite its modest benefits because its low energy consumption promotes battery life compared to the second more greedy and powerful, both of course allowing to watch photos and videos.

The connectivity integrated into this laptop PC for playing and creating is good, including no less than 2 USB-C but also Bluetooth 5.0 and Wi-Fi ax modules ( more recent and efficient than Wi-Fi ac ) to communicate and connect. wireless remote, a practical HDMI video output for easy connection to a TV or monitor for example, Ethernet and audio ports as well as 2 USB 3.0 (USB 2.0 compatible) guaranteeing transfers carried out up to 10 times faster than USB 2.0 if USB 3.0 devices are connected to it.

We can obviously backlight the keys of the chiclet keyboard to better discern them in the dark. SteelSeries assisted MSI in designing the keyboard to suit gamers’ habits. 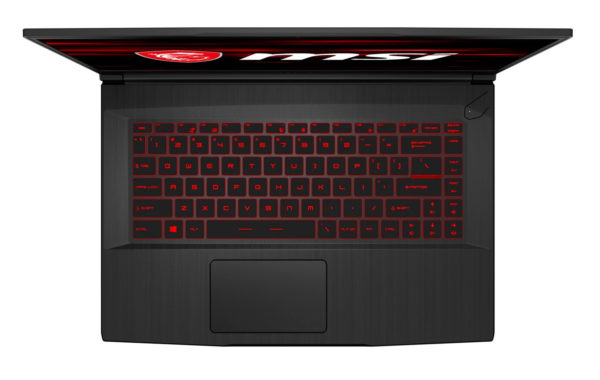 To seduce the latest, the screen is adorned with a frequency of 144Hz which reinforces the fluidity in games compared to the standard 60Hz. Thanks to its IPS technology, the screen has large viewing angles, both horizontally and vertically. Anti-reflective coating, the screen also offers better visibility in a bright environment (eg outdoors) than a shiny panel. It also lends itself very well to the display of High Definition content such as videos thanks to its precise Full HD definition and its 16: 9 format.

The MSI GF65 10UE-041XFR Thin can appeal to those who want to acquire a versatile 15-inch laptop PC performance oriented game and creation.

It is able to run recent games because it embeds the dedicated high-end GeForce RTX 3060 NVIDIA Ampere graphics card with ray tracing, here in the Max-Q edition .

Creatives, for their part, will appreciate that the GeForce RTX 3060 Max-Q speeds up processing in software using GPU computing power, which is the case, for example, in Adobe Premiere / Photoshop or Sony Vegas.

The heart of this thin and light laptop is up to par, supporting the GeForce RTX 3060 Max-Q well in gaming. Built around an Intel HM470 chipset, 16 GB of RAM and a Hexa Core i7-10750H Comet Lake-H processor, this core delivers solid overall performance capable of appealing to demanding users, including gamers and creators.

They will appreciate that the processing is much faster than with 8 GB DDR4 and a Quad Core processor. We particularly feel the difference under work requiring RAM and CPU resources using multicore, such as photo editing, video editing or 3D rendering.
However, players should keep in mind that currently in games, the contribution of the Hexa Core is variable compared to a Quad Core. 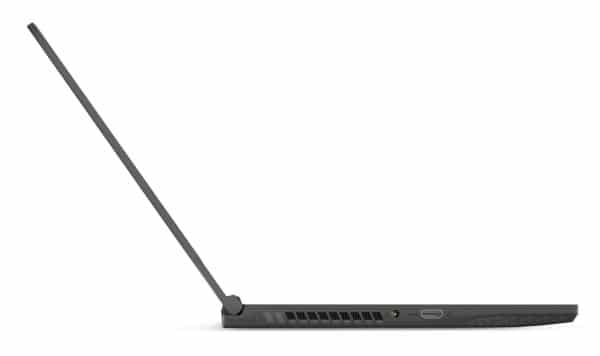 Because an SSD is much faster than a hard drive while being more energy efficient, more shock resistant and silent.
Here we find a 512 GB SSD, a capacity similar to the standard of hard drives. But if more space is needed, an M.2 slot is free to add a second SSD.
In addition, an external storage unit such as a USB-C / USB 3.0 device can be used for fast transfers.

Finally on the battery life side, bet on about 4 hours of battery operation in light use (with Optimus) for this gaming laptop which should be expected to be heard and heats up when strongly pushed (eg: games, treatments), in particular because of its finesse and lightness which have the advantage of facilitating its transport.