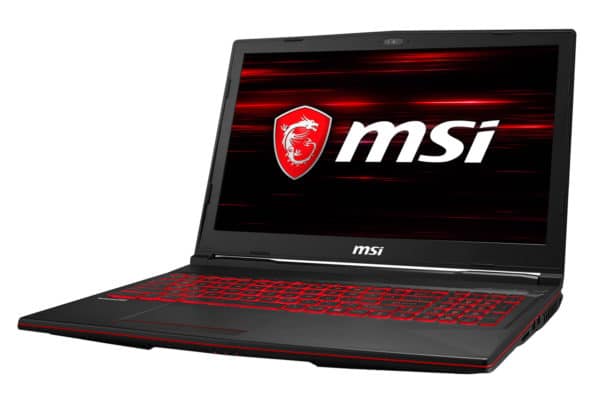 Access to Ultra High Definition on an affordable gaming laptop is what the MSI GL63 9SD-1037FR offers you. This 15 inch PC is dominated by a beautifully crafted 4K screen to give you the benefit of a perfectly sharp image rich in detail. It is also dominated by a Hexa Core i7 with enough RAM and storage to offer a functional system and the support of a GTX 1660 Ti for demanding gaming (partial 4K support). Also table on a red backlit keyboard and on a design a little less flashy than the MSI standard but it goes with a plastic case and with a limited autonomy. 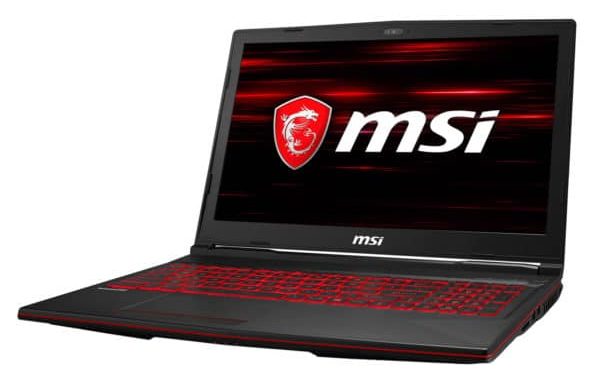 The MSI GL63 9SD-1037FR assumes its gaming destination with an aggressive structured design but which gains a little simplicity. MSI made an effort on the weight of the case by reaching a reasonable 2.2 kg , enough to allow its transport during a few trips. In addition, the entire chassis is made of polycarbonate without any particular texture or finish and the red details are limited to the logo of the cover, the keyboard and a red line running all around the base. It is rather sober for MSI. Note the presence of a red keyboard backlight called Silver Lining Printing which shows through the entire height of the key (contours). More present, it highlights the keys and ensures good perception in a dark environment.

On the screen, MSI has apparently made the choice to favor moviegoers and other lovers of beautiful images, a bit to the detriment of players. Anyway, there is something to be excited about in front of the 4K UHD screen (3840 x 2160 px) with the extended display surface allowing to deliver the clearest image in all circumstances, that you are looking to modulate the display (juxtaposed windows), enlarge the characters or view content in Very High Definition. In addition, the matt treatment is a good omen if you work in a very bright environment or back to a window since it will allow you to avoid reflections. On the other hand, the liveliness of the screen is limited (60 Hz) and few games will make the most of UHD, but we will come back to this.

The sides of the PC host an ideal connection for players. There is a card reader, two video outputs (HDMI 1.4, mini-DisplayPort) and four USB ports including three USB 3.1 ports and a USB 3.1 Type-C (no Thunderbolt support). You also benefit from the latest generation of WiFi 802.11 AC and Bluetooth 5.0 chips as well as the Gigabit E2400 Ethernet to give priority to the game. 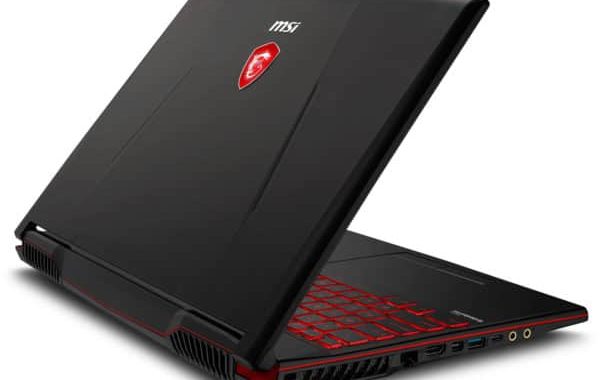 Gifted for gaming, the Turing GeForce GTX 1660 Ti graphics card places the PC on a high-end level. If the latter only supports Ray-Tracing in small proportions unlike its big sister RTX 2060, the GTX 1660 Ti follows the latter in most performance question scenarios. In fact, it is notably capable of competing with intensive players and ensuring optimal frequencies in 1080p High on all AAA games with a total of FPS which exceeds 50. On the other hand, the game in 4K is limited to titles the least resource-hungry in order to preserve correct playability. Support for creatives is also precious with its 6 GB VRAM GDDR6.

Opposite, its 9th generation processor Hexa Core i7-9750H Coffee Lake Refresh is there to meet the need for versatility. It allows us to glimpse large resources in multicore tasks, at the service of versatility. Indeed, its 6 cores (12 logic in multi-threading) are precious when you work on greedy applications such as 3D modeling, parallelization, video editing … Opposite, the 8 GB of RAM (scalable) allows you to ensure the minimum in multitasking.

Storage is another strength in this MSI GL63 9SD-1037FR because it is entrusted to an NVMe PCIe 512 GB SSD which will significantly strengthen the overall responsiveness of the system on a daily basis. Overall quieter, more robust and energy efficient than a mechanical disk, it allows Windows to reach a remarkable level of fluidity with short loading times and execution without latencies. What is more, its capacity is not ridiculous and can accommodate a good part of your toy library even if some will not find it sufficient. Note that a 2.5-inch slot is free inside to install a second SSD or a hard drive.

Finally, the autonomy should ensure around 4 hours in current use (web browsing via Wifi), the 4K screen being more demanding than Full HD. 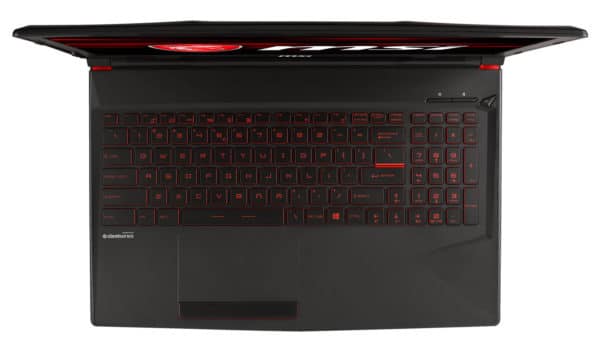