Equipped with a 17-inch IPS Full HD anti-glare screen whose frequency of 144Hz improves the fluidity of games, the MSI GL75 10SER-634FR Leopard is a designer-oriented gaming laptop that takes advantage of a hybrid storage with a large capacity of 1.2 TB higher than average with fast SSD which improves responsiveness. This laptop designed for gamers is able to run recent games thanks to its GeForce RTX 2060 ray tracing graphics card which also speeds up processing just like the Hexa Core i7 Comet Lake-H processor and the right amount of 16 GB RAM. Backlit chiclet keyboard as well as Wi-Fi ax connectivity, dual video output and USB 3.1 Type-C are also on the program for this gaming laptop. 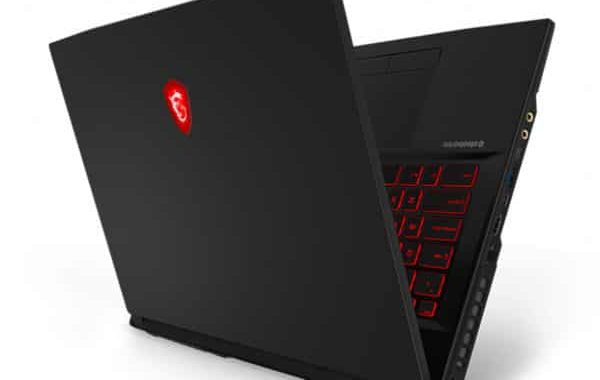 With its black frame with angular lines and touches of red, it sports a relatively sober and elegant gamer design.

It is cooled by Cooler Boost 5 technology which employs 2 fans, 7 heat pipes and air outlets. Matrix Display technology is also present, allowing content to be broadcast on a maximum of 3 screens (that of the PC 2 external).

This gaming laptop PC is well equipped in terms of connectivity with its Bluetooth 5.0 and Wi-Fi ax modules ( more recent and efficient than Wi-Fi ac ) to communicate and connect remotely wirelessly, its HDMI and mini video outputs. -DisplayPort HDMI useful for easily connecting this PC to a TV or monitor for example, its Ethernet and audio ports, its USB 3.1 Type-C as well as its 3 USB 3.0 (USB 2.0 compatible) guaranteeing transfers up to 10 times faster than USB 2.0 if you connect USB 3.0 peripherals.

We can obviously backlight the keys of the chiclet keyboard which is practical to discern them correctly in the dark.
SteelSeries helped design the keyboard to suit gamers’ habits. 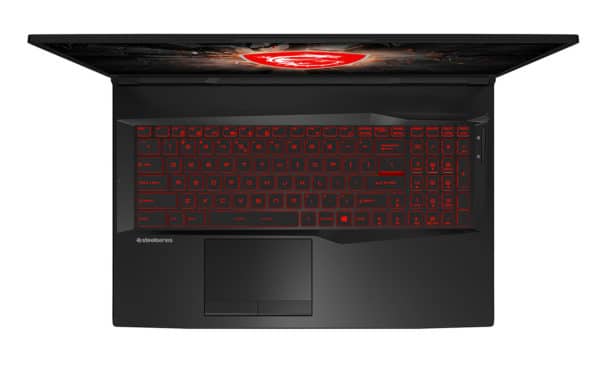 The screen targets gamers in particular because it improves fluidity in games thanks to its frequency of 144Hz higher than the 60Hz standard. Thanks to its IPS technology, the screen also reproduces colors more faithfully than average while ensuring comfortable viewing angles, both horizontally and vertically. It is also very suitable for displaying videos and more generally High Definition content thanks to its 16: 9 format and precise Full HD definition. Anti-reflective coating, the screen also offers better visibility than a shiny panel in a bright environment (eg outdoors).

The MSI GL75 10SER-634FR Leopard may be of interest to those intending to acquire a versatile, large-format performance laptop, geared towards gamers and creators.

It stands out for its hybrid storage with a total capacity of 1.2 TB higher than average which will appeal to demanding users, including gamers and creators.

This solution consists of a 256 GB SSD designed to house the system as well as the main games / software, and a hard drive with a large capacity of 1000 GB able to accommodate the rest, fast with its speed of 7,200 rpm against 5,400 rpm usually.

Thanks to the SSD, for example, we get faster on the cards of online games than with a simple hard drive and we get games / software launches, processing and starts / stops much faster.
In fact the SSD provides much better fluidity and responsiveness on a daily basis than a simple hard drive.

The SSD goes well with the heart of this gaming laptop built around an Intel HM470 chipset which delivers overall power capable of satisfying demanding users.
It includes a good amount of 16 GB RAM and a Hexa Core i7-10750H Comet Lake-H processor.

Currently, the contribution of the Hexa Core is variable in games compared to the Quad Core.
However, these components will seduce the creators because they guarantee much faster processing than 8 GB DDR4 and a Quad Core processor. The difference is particularly noticeable in areas that are greedy in RAM and CPU resources using multicore, such as video editing, 3D rendering or photo editing. 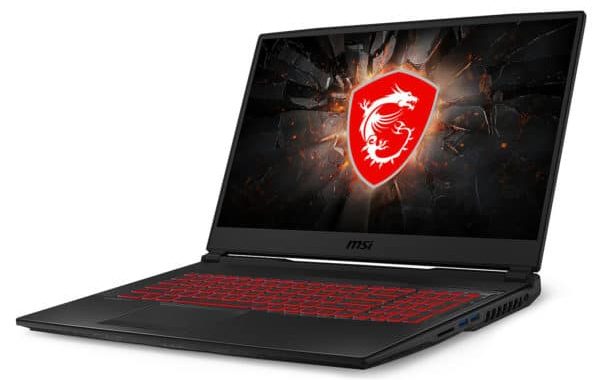 Finally on the battery life side, bet on about 5 hours of battery operation in light use for this gaming laptop which is heard and heats up when it is heavily used (eg games, treatments) but whose weight is controlled for a 17-inch . This large format is in any case particularly comfortable for mainly sedentary use (eg at home).