Sony Japan has filed a patent for new VR controllers, which has logically spawned new speculations about the company\’s Virtual Reality device. The thing goes back several months but was only revealed very recently.

This new model is not very different from another prototype that we already mentioned at the beginning of the year . In any case, it can be assumed that Sony is looking to develop accessories designed specifically for its VR headset, unlike the current ones originally manufactured for PlayStation Move in 2010.

Is this accessory intended for machines of the current generation or for a future Sony platform? The question remains open … 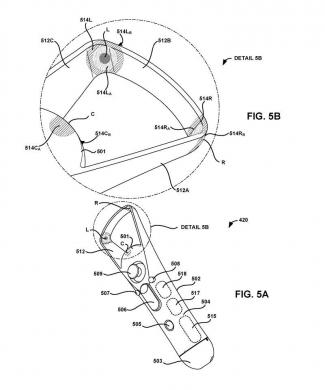 Sony is working on a new PS Move, suggests a patent filed by the Japanese manufacturer and shared by GearNuke. The controller appears here in a redesigned version. We imagine that the focus will be on ergonomics in addition to adding some features. We can already vir the repositioning buttons and the presence of a joystick. We know that Sony has started recruiting for the development of the PS5 , and that the console and its accessories are currently under construction. It seems relevant to think that the device described here is designed for the next generation of console. We see a bad new PS Move coming out for the PS4 and the current PS VR device.

Sony admitted that a “new generation” of consoles was needed to advance the video game industry. We are waiting for a major technology to shake up our uses. It will not be cloud gaming, at least not for everyone. This requires flows far too important for the majority of populations. It could finally be time for the RV, which has struggled to democratize despite all the hopes placed in it. A new PS VR setup with a new PS Move makes sense anyway.

The first PlayStation Move was released in 2010 (already) and accompanied the PlayStation Eye and the PlayStation Camera. We could have a successor 10 years later with the release of the PS5, which will probably be available during this year. A release date of the PS5 for late 2019 is also possible, with an announcement that would then certainly take place at E3 2019.

More from SonyMore posts in Sony »