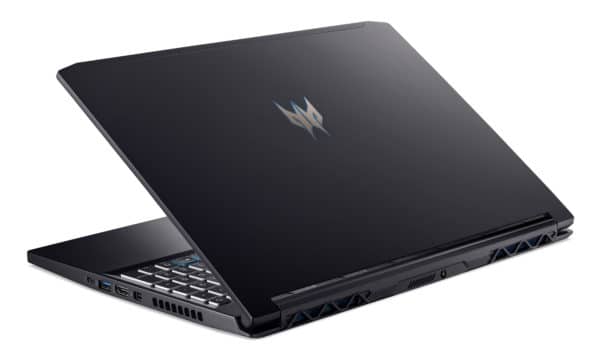 A thin and light black gaming laptop, the Acer Predator Triton 300 PT315-52-75EK black Ultrabook is capable of running recent and demanding games thanks to its high-end NVIDIA Turing GeForce RTX 2070 ray tracing graphics card. This GPU also speeds up processing like the Hexa Core i7 Comet Lake-H processor and the right amount of powerful RAM while the responsiveness is enhanced by the fast SSD storage with a large capacity of 1 TB. This computer for Creator-oriented gamers also benefit from a 15-inch IPS Full HD anti-glare screen which improves fluidity in games thanks to its frequency of 144Hz. Backlit keyboard but also connectivity with Wi-Fi ax, USB 3.1 Type-C and dual video output, are also on the program for this PC which is not supplied with Windows.

Equipped with a thin and light black chassis with angular lines, it sports a rather sober and elegant design for a gaming laptop PC of which it still takes the codes.

Be careful because to use the full capabilities of this Ultrabook, it is necessary to install a complete system such as a Linux or Windows distribution.

For example, we can take advantage of NVIDIA Optimus technology which determines in real time the graphics requirements according to the tasks performed by the user. When necessary, Optimus automatically switches in real time between the graphics solution integrated into the processor and the dedicated graphics card.

The first is preferred as much as possible by Optimus despite its modest services because its low power consumption promotes autonomy compared to the more greedy and powerful GPU. The latter is activated when it comes to carrying out graphic work too heavy for the integrated solution. Of course with one or the other, you can watch photos and videos.

In terms of connectivity, this designer-oriented gaming laptop PC is well equipped with its USB 3.1 Type-C, its Bluetooth 5.0 and Wi-Fi ax modules ( more efficient and recent than Wi-Fi ac ) to communicate and connect remotely wireless, its practical HDMI and mini-DisplayPort video outputs for easy connection to a TV or monitor for example, its Ethernet and audio ports or even its 3 USB 3.0 (USB 2.0 compatible) guaranteeing transfers up to 10 times faster than USB 2.0 if USB 3.0 devices are connected to it.

A 4-zone RGB backlighting system is fitted to the chiclet keyboard, which is very practical for discerning its keys in the dark. As a bonus, the keyboard comes with 2 special keys: PredatorSense positioned at the top of the numeric keypad to open the appropriate application (fan control, backlighting, overclocking, etc.) and Turbo at the top left for instant overclocking.

Due to its frequency of 144Hz, the screen reinforces the fluidity in games compared to the 60Hz standard. It also lends itself very well to displaying High Definition content such as videos due to its Full HD definition and its 16: 9 format. As it is anti-reflective, the screen also offers better visibility in a bright environment (eg outdoors) than a shiny panel. Due to its IPS technology, the screen also offers a more faithful than average colorimetry as well as important viewing angles, both horizontal and vertical.

The Acer Predator Triton 300 PT315-52-75EK may appeal to those looking for a versatile 15-inch laptop that is thin and light yet powerful, geared towards gamers and creators.

Thanks to the high-end NVIDIA Turing GeForce RTX 2070 graphics card with ray tracing, you can indeed play recent and graphics-intensive titles at a good level of detail.

In addition, the GeForce RTX 2070 has the advantage of speeding up processing under software that takes advantage of GPU computing power, such as Sony Vegas or Adobe Premiere / Photoshop, which will be of interest to creatives.

The latter as well as the players will be delighted with the embedded heart built around an Intel HM470 chipset. Because it supports the GeForce RTX 2070 well in games and provides overall power capable of satisfying demanding users.

Composed of a Hexa Core i7-10750H Comet Lake-H processor and a good amount of 16 GB RAM, it guarantees much faster processing than a Quad Core and 8 GB DDR4 processor. We particularly feel the difference under work requiring CPU and RAM resources using multicore, such as video editing, 3D rendering or photo editing.
However, it should be kept in mind that in games currently, the contribution of the Hexa Core is variable compared to a Quad Core.

The storage is up to this designer-oriented gamer laptop because it is entrusted to an SSD with a large capacity of 1 TB competing favorably with hard drives in this area.
But compared to a hard drive, an SSD is quiet while being more energy efficient, more shock resistant and much faster. 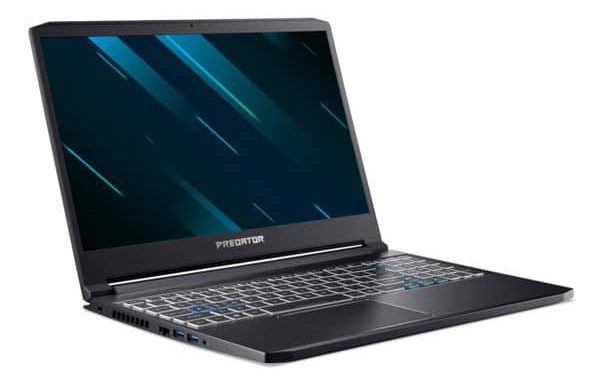 Result thanks to the SSD, we reach faster on the cards of online games for example and we obtain games / software launches, treatments and starts / stops much faster.

And if you ever need additional space, M.2 slots are free to add 1 or 2 SSDs.

Finally in terms of autonomy, with Optimus, expect about 5 hours on battery in light use for this Ultrabook gamer whose weight content and finesse facilitate transport.
But this has its downside: noise and heat when this gaming laptop PC is pushed hard (eg games, processing).