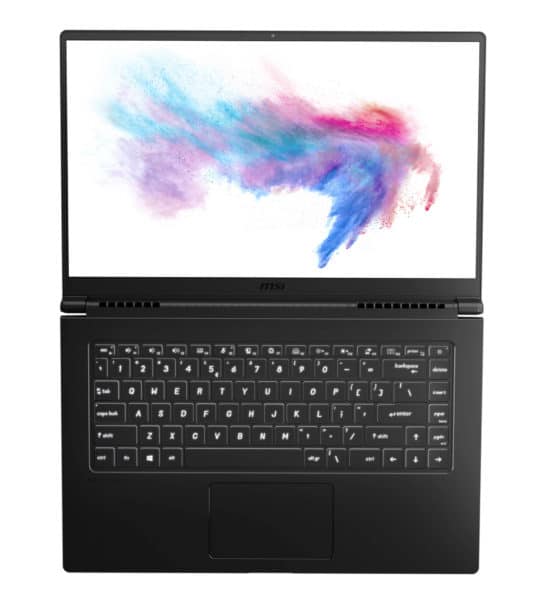 Good autonomy and a thin and light case are the first criteria of a good portable ultrabook. The MSI Modern 15 A10RAS-094FR respects these two aspects and adds small interesting performances for multimedia. It can count on a 10th generation Core i7 Quad Core low consumption processor which supports all common uses under Windows 10 Professional with the GeForce MX330, supported by 16 GB of RAM and fast SSD storage (512 GB). Everything is brought to life by an immersive Full HD IPS 100% sRGB borderless screen that opens flat. Note also that the autonomy deploys nearly 8 hours and that the approvals are not lacking: resistant case (MIL-STD 810G test), easy scalability (2 x M.2, 2 RAM slots), backlit keyboard and cooling Cooler Boost 3 advanced. A reproach to make? The absence of Thunderbolt 3 and biometric authentication (Windows Hello) certainly. 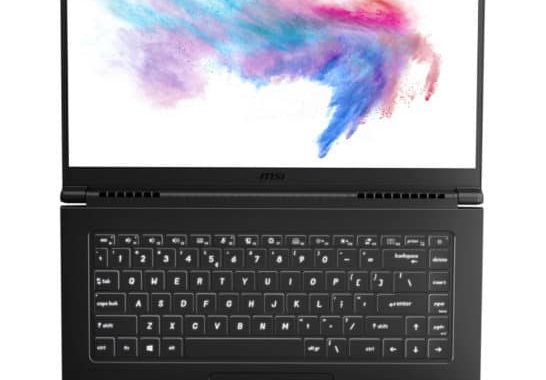 The MSI Modern 15 A10RAS-094FR is therefore part of an elegant and compact office automation vision intended for nomads. Indeed, if the manufacturer is better known for its gaming machines, it has been able to infiltrate the hotly contested ultrabook market and offer powerful solutions in a quality case for ultra mobility. With a weight of 1.6 kg , it also benefits from a format (356 x 233 mm) and a smoothness (15.9 mm), the whole being well optimized for traveling without being noticed.

The MSI Modern A10RAS-094FR takes place in a robust brushed aluminum frame which adjoins the screen with a very thin frame (occupancy rate of 80% screen / case). Note that the case meets the military resistance standard MIL-STD-810G for foolproof strength (extreme heat, shock, fall, humidity, altitude, exposure to the sun). Another highlight is its four-level white backlit keyboard that makes typing in the dark easier.

Another thing to know about the case, it opens quite easily and gives access to the components that can be upgraded without too much difficulty . The two RAM slots are accessible as well as two M.2 bays for storage.

As the trend requires, MSI has chosen to surround the screen of its Modern 15 with thin borders while keeping the webcam in its usual place. The impression of immersion is important, especially as the IPS panel is bright and visible from all angles. As for the panel, the dense Full HD definition (1920 x 1080 px) allows you to view High Definition content in the best conditions and to modulate the display. Another good point, it benefits from an anti- reflective treatment which brings its share of comfort on the move. Note that the screen tilts 180 degrees to lay it flat and for example, easily sharing your work with those around you and that it covers 100% sRGB for a job.

Let’s finish the tour of the chassis with the connectors which, despite the compact format of the ultrabook, brings together everything you need in standard formats. There are no less than three USB 3.1 ports, a USB 3.2 Type-C port, an HDMI output, a microSD card reader, as well as a mini-jack combo socket. On the other hand, the webcam does not support Windows Hello facial recognition and it seems that MSI has removed the fingerprint reader from its 15-inch, therefore offering no biometric authentication option. Note that the wireless modules are entrusted to Wifi AC and Bluetooth 5.0. We expected more from 802.11 AX WiFi on this new range, too bad.

As an engine, the MSI Modern 15 A10RAS-094FR can count on the 10th generation Core i7-10510U Quad Core low consumption. Thanks to it, the Modern will not leave any routine work aside and will cover all of everyday use (Web browsing, Office processing, video) with advanced mastery in more demanding applications, drawing on multicore architecture. (video editing, a bit of Photoshop …). We remain on low consumption that said, so we can not consider making creation its main use because the processor will quickly show its limits with slowness in complex calculations. Furthermore, with 16 GB of RAM behind, multitasking will be royal.

Graphics processing a little too greedy for the Intel UHD 620 chip integrated into the processor will be able to count on the GeForce MX330 , an entry-level dedicated graphics card based on the Pascal architecture (2016). It is a requalification of the GeForce MX250 with similar performance. So do not expect more than support in everyday use and to launch a few games. The occasional player will be able for example to practice in HD (768p) on a small part of the titles of the market on condition of making concessions on the sharpness of the rendering.

A guarantee of system speed, storage is also the focus of attention since it is entrusted to a 512 GB NVMe SSD. This type of solution supplants the hard drive thanks to its very fast speeds. On a daily basis, this translates into a perfectly fluid Windows environment with short load times and zero latency execution. What’s more, the SSD is overall quieter, robust and energy efficient than a mechanical drive and its capacity is just as good as it can accommodate a good part of your game library.

Finally, a word about autonomy. The 52Whr battery installed in the Modern 15 A10RAS is logically capable of providing 8 to 9 hours of batery life in web browsing via Wifi, enough to work serenely for a day (without stressing the CPU or the iGPU). 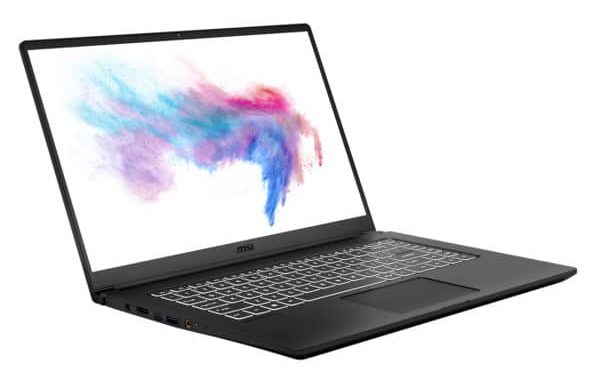