Thin, light and inexpensive, the HP 15s-eq0072nf is suitable for everyday use with its good amount of RAM and its AMD Picasso Ryzen 3 processor. Its responsiveness is enhanced by its fast SSD storage of 256 GB and it takes advantage of a USB 3.1 Type-C connector.

Rechargeable to around 50% in 45 minutes, it has a sober and elegant appearance with its natural silver frame.

This thin and light laptop is well equipped in terms of connectivity with its USB 3.1 Type-C, its practical HDMI video outputs for easy connection to a TV or a monitor for example, its Wi-Fi ac and Bluetooth 4.2 modules for remote wireless connections and communications, its audio and Ethernet ports or even its 2 USB 3.0 (both USB 2.0 compatible) guaranteeing transfers up to 10 times faster than USB 2.0 if USB 3.0 peripherals are connected above.

The screen is distinguished by its anti-reflective coating making it more readable in a bright environment (eg outdoors) than a shiny panel and less tiring for the eyes over a long period. For the rest, it adopts classic specifications with its 16: 9 format suitable for playing videos and its definition of 1366×768.

The HP 15s-eq0072nf is a responsive 15-inch compact laptop designed for everyday use.

As it is built around a good amount of 8 GB RAM which is very useful in multitasking as well as a low power Ryzen 3 3200U AMD APU (Accelerated Processing Unit) Picasso processor, it delivers good performance in current use, as in Internet surfing and office automation.

However, it should be kept in mind that like the Intel Core i3 processors (and less efficient), the AMD Ryzen 3 show their limits in applications requiring processor resources.

In any case, it is of course possible to watch photos and videos on this thin and light laptop PC, thanks to the Radeon Vega 3 graphics part integrated into the Picasso. On the other hand, it is modest and does not come with a dedicated graphics card logically considering the price charged. As a result, this computer is not designed for games and more generally demanding graphics work.

However, it benefits from SSD storage which guarantees much better fluidity and responsiveness on a daily basis than a simple hard drive. Thanks to the SSD, we get much faster starts / stops than with a hard drive, just like launching applications for example. 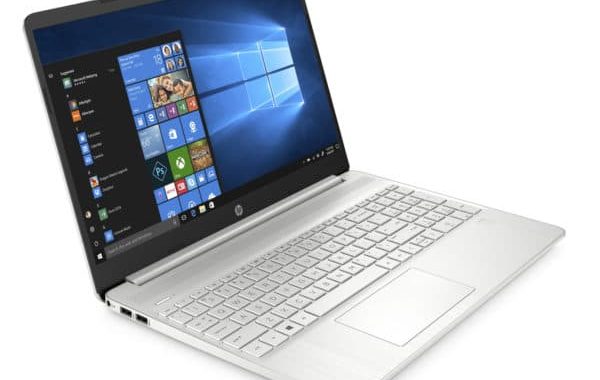 Compared to a hard drive, an SSD is indeed much faster than a hard drive but also less energy, more robust and silent. With its 256 GB, it offers sufficient capacity for a number of uses, but less than the standard of hard disks.

If you need additional space, however, you have the option of using an external storage unit such as a USB-C / USB 3.0 device for fast transfers.

As for autonomy, expect about 5 hours of battery operation in light use for this computer as easily transportable as an Ultrabook thanks to its thinness and its weight contained.